"DEFENDERS OF LIFE on VOD"

In “Defenders of Life,” An Indigenous Ngäbe Grandmother Has A Crisis of Conscience As She Struggles With Whether Or Not To Allow Her 12-Year Old Granddaughter To Marry A 70-Year Old Respected Elder Of The Tribe

Defenders of Life is Director Dana Ziyasheva’s award-winning feature film debut based on her personal experiences in the hills of Southern Costa Rica with the Ngäbe indigenous people, who she first encountered while working for the United Nations. As modern Costa Rica encroaches on their land and ancient civilization, the Ngäbe culture and their language slowly slip into history, and their traditions come under scrutiny. The narrative film explores many important universal issues, primarily the Rights of Women, Indigenous Peoples, and Children.

Defenders of Life was written and directed by Ziyasheva, and produced by Igor Darbo under his Popcorn & Friends banner. The film is now available exclusively on Flix Premiere VOD for independent cinema, announced producer Darbo.

The trailer and the film can be viewed at: https://flixpremiere.com/film/defenders-of-life

Defenders of Life is the first narrative film made with and about the Ngäbe indigenous people of Costa Rica.The singularity of the film comes from the fact that it does not present an ethnographic look nor a documentary approach of an indigenous community. Rather, Defenders of Life was conceived as a fictional feature and created together with its main Ngäbe protagonists, and follows the destinies of three generations of women, their dilemmas and contradictions in all their human and universal complexity. Against the ominous backdrop of the struggle for cultural survival, individual rights clash with the rampant phenomena of forced marriages and teenage pregnancies.

“We had a script, but since the Ngäbe actors playing their own roles were all non-professionals, most of whom don’t know how to read, we relied a lot on rehearsals and improvisation. I wanted the film to go beyond the ethnographic clichés. We show that Ngäbes are multi-layered, with contradictions, and made of good things and bad things like everyone else. But most of all, they are authentic, true to themselves and they don’t get intimidated by outside pressure,” said Ziyasheva.

Defenders of Lifetells the story of Esmeralda, a Ngäbe indigenous girl who lives on a reservation in Costa Rica. Esmeralda’s grandmother Carmen raises her alone; the girl’s mother was murdered by her jealous boy-friend. In the movie, as in real life, when a Ngäbe girl reaches puberty, she becomes eligible for marriage, as is the custom of the tribe.

When the village elder asks for her hand in marriage, Carmen must decide whether Esmeralda should follow in footsteps of Ngäbe women or break away from the tradition which ultimately means breaking away from the community. What looks like an obvious choice to outsiders is not obvious at all in a place where one’s identity and livelihood depend entirely on being part of the community.

In the film, as outsiders to the community, Pamela, an anthropologist from the University of Costa Rica, and her son Feb, an American tween, advocate different approaches to dilemma of an indigenous people’s society. Through his friendship with Esmeralda, Feb becomes part of tribal dynamic, while well-meaning Pamela aims to force her notion of development on the Ngäbe, until their internal conflicts hit too close to home.

Because of the importance of the social themes it depicts, the film received support from the Embassy of Canada in Costa Rica through the Canadian Fund for Local Initiatives as well as from the Embassy of the Netherlands in Costa Rica via the Dutch Fund for Human Rights in Central America, and had an important screening at the Presidential Palace of Costa Rica, through an association with the Paniamor Foundation for the Protection of Childhood. 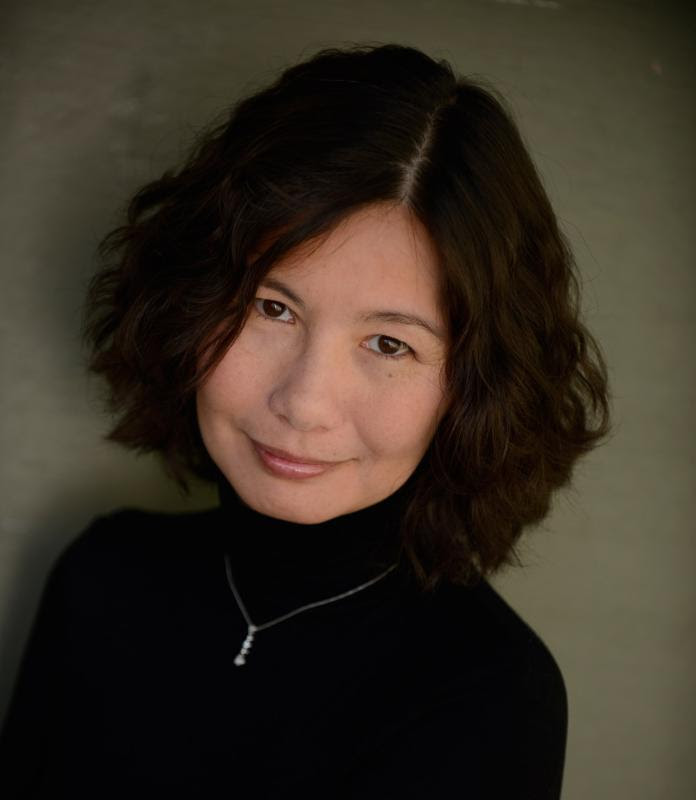 Defenders of Life was born out of the real-life friendship between Carmen, a  Ngäbe matriarch, and myself, a United Nations civil servant from Kazakhstan.   When staying at her house, we spent a lot of time talking about her life and her hopes/fears for her daughters and granddaughters. We both wanted to give voice to the voiceless, leaving a proud testimony of her ancient civilization under threat and show the place and challenges of women in this culture. We both wanted it to be aesthetic and allegorical.
Carmen was more than an actress, she was my collaborator on the film. She helped me to direct actors, scout and pick locations and prepare dialogues. I discussed every scene with her. We also involved the entire community and its leaders; on occasion, more than 100 extras took part in the filming.
In addition, we had to do it all with a 4-man crew. I was not only my own assistant but also production designer, wardrobe, make-up, and driver. This was due to budget constraints, but mainly because it would not have been feasible otherwise. We were outsiders granted unique access to this closed society.
The project relied totally on the trust we built with the community. We could not disrupt the balance of their lives with a large crew, gear trucks, etc. That was one condition of theirs for allowing us to make the film, along with having all their dialogue spoken in the Ngäbe native language, rather than Spanish. They knew and accepted each one of us into their private spaces and homes, and we lived on site the entire time of the shoot.
In the film, Carmen believes herself out of the woods; which is why I enjoyed so much putting her dogmas to a test and, as it turned out, through a total upheaval. Faced with the choice of breaking away from the close-knit Ngäbe society or staying, Carmen is plagued by the universal fear of leaving the known for the unknown.

Carmen’s story is my story too. I was afraid to break away from my society in defiance of the decision-makers of my country. I was equally afraid to leave the comfort and security of the United Nations. It doesn’t matter how good or bad a life situation is, people fear the unknown. To make audiences around the world relate to a story of an indigenous woman lost in a rainforest was my goal as film director in this project. — Dana Ziyasheva

SOCIAL IMPACT OF THE FILM

Defenders of Life is an artistic bridge with political outreach. Art can have social impact! The narrative feature film from Director Dana Ziyasheva and Producer Igor Darbo, screened at the Presidential Palace of Costa Rica as the first catalyst of a governmental initiative for the promotion of indigenous girls’ rights.
“With the launch of Law #9406 that took place at Presidential House Costa Rica on Jan 19, 2017, we have just achieved prohibition of marriages under the age of 18 and the criminalization of unions between underage kids and adult partners. Costa Rica now has the strongest legal provision against this form of gender violence in all the Americas.
Defenders of Life brought the Paniamor Foundation a step forward in this mission back when we started working together in 2015. We are also proud to have the film’s Director Dana Ziyasheva and Producer Igor Darbo as our partners when walking this walk,” said Milena Grillo, Executive Director of the PANIAMOR Foundation.
About Director Dana Ziyasheva
Dana Ziyasheva is an award-winning author, scriptwriter and film director from Kazakhstan. Twenty-five years of field experience as a journalist and Adviser for Communication and Information of the United Nations lead her from Iraq to China and Central America. In 2016 her debut novel “Shock” was published in France.
About Popcorn & Friends
Popcorn & Friends is a boutique production company founded in March 2012 by Igor Darbo which ambitions to produce highly creative international films that are both entertaining and meaningful. After winning Best Co-Production Project award at Shanghai International Film Festival for its high-concept Chinese treasure hunt “The Dragon Angel“, Popcorn & Friends producedDefenders of Life, a controversial fiction film about underage marriages within indigenous communities.
About Flix Premiere
Flix Premiere is the world’s first online Cineplex, combining the movie theater experience with on-demand availability. A Cinema in your pocket Anytime, Anywhere. Flix Premiere are exclusive. No commercials. No hidden fees. You pay only for the movies you want to watch. Flix Premiere films are available atwww.flixpremiere.com and the Flix Premiere App is available on the OTTs GooglePlay, App Store — iTunes, Apple TV, Roku, and Amazon Fire TV.
About Paniamor Foundation
The Paniamor Foundation is a Costa Rican, non-profit and non-partisan NGO working in defense of children and teenagers’ rights. It was created in 1987, and declared of Public Interest by the Costa Rican Government in 1990. Education and Applied Research are the keystones of Paniamor’s work. In recent years, Paniamor has successfully campaigned together with the Costa Rican government to achieve the legal prohibition of underage marriages.
About Milena Grillo
Ms. Milena Grillo has been the Executive Director of the PANIAMOR Foundation since 1989. In addition, she works as a child-rights expert and advocate for governmental and non-governmental institutions in Costa Rica, Latin America and internationally with UNDP, UNICEF, ILO, UNFPA, IDB, UNICRI, ECPAT International, World Tourism Organization, Save the Children Sweden, and Save the Children International. Ms. Grillo has provided technical advice to key public and private stakeholders in the passing of legislation and the development of public policy that enhances the protection of underserved and under-represented children and their families. In 2005, she was designated Humanitarian of the Year by Latin Trade Bravo for her social and political advocacy in Latin America.
AWARDS
Mostra Amazonas de Cinema