To say you didn’t think about ANNABELLE when THE BOY’s trailer hit is a lie. Recycling yesteryear’s fear factor seems to be where the wheel stopped. Allowing for this kind of spooky rebirth comes courtesy of THE CONJURING. Nothing more mindboggling than a doll having abilities to haunt the shit out of you, right? The eighties was a decade that provided lots within the genre. From CHILD’S PLAY, to PUPPET MASTER, and others in-between like DOLLS… Hollywood’s trend to make one’s spine shiver was clever and made its mark. So much, we still dust some of those old flicks off and give them a watch from time-to-time.

And guess what, ladies and gentleman? Déjà vu!

2016 introduces us to THE BOY! In search of a new start away from a troubled past, Greta (Lauren Cohan) takes a job as a nanny for an 8-year-old boy. The catch here is she’s shocked to discover that she has been hired by a strange elderly couple (Diana Hardcastle and Jim Norton) to care for Brahms, a life-sized doll they treat like a real child. A stand-in for the son they lost tragically 20 years earlier. Brahms comes with a long list of rules that Greta is warned to follow. Left alone in a mansion as creepy as the couple that hired her (while away on a long-awaited vacation), Greta ignores the rules (of course) and starts experiencing disturbing and inexplicable events far more troubling than the issues left behind.

What THE BOY is high on in terms of generating an atmosphere and high levels of creep tends to fall flat when presenting meaty substance. Laid out with lots of horror clichés (hot girl running around helpless, for example) as it follows its color-by-number structure, there are some elements of interest, like the twist it provided making my experience with this film worth it. I will say Lauren Cohan was interesting to watch as well. Although her character’s brief run-ins with the elderly couple and their grocery boy (Rupert Evans) allows this piece to breath, Cohan did a decent job carrying the film as she captured Greta’s vulnerabilities and courage once left with few options. Something we’ve all seen before, but now expressed on a bigger screen.

THE BOY isn’t a bad flick to endure. Considering so much potential this piece had to really freak its audience out, it holds its own. The downside? It’ll definitely be forgotten. You’ll see! 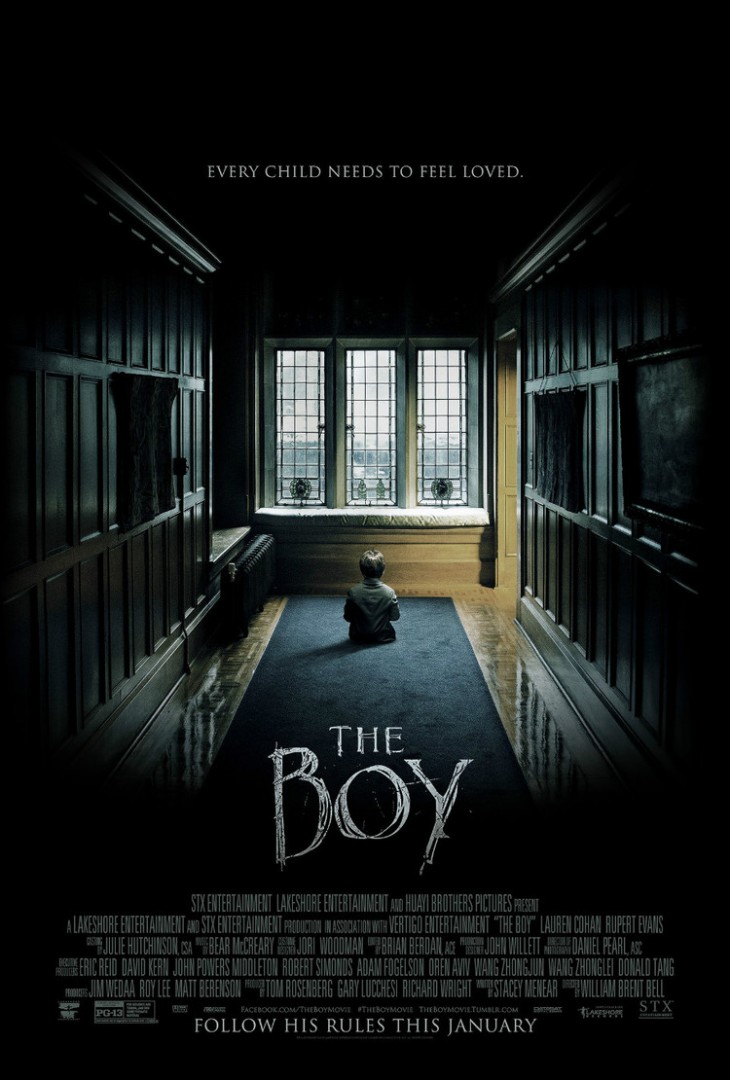