"Back in black and yellow and a 9-pack of abs, bro! | THE LEGO BATMAN MOVIE – Review"

In 2014, THE LEGO MOVIE set a unique, animated appeal that changed the game. It displayed the absolute best in creativity in a class all on its own. Living up to its hype, THE LEGO MOVIE was (and still is) an immersive experience that’s vibrant, colorful, up-lifting, entertaining, and most importantly fun for all ages. Already an established franchise with toys and amusement parks, LEGO re-solidified itself by bringing joy in yet another way. Its vortex had everyone beyond mesmerized. Opening to rave reviews and fantastic box office numbers, it was inevitable Warner Brothers would approve another.

Presenting some of the best characters ever seen in an animated film, the stand-out without question was Batman (Will Arnett). Why did we love this guy so much? Simple. He was narcissistic and selfish, but likeable (dare I say loveable) in his own way. He’s the coolest, handsomest, buff-est, and most awesome leading man of all time. There’s a magnetic “It Factor” to this character that warmed up hearts back at the office and WHAM! He’s got his own flick three years later.

Once again sparking the energy, imagination, and memorable characters from both the LEGO world and DC universe, THE LEGO BATMAN MOVIE presents the world with DC Super Heroes and Super-Villains uniquely realized for the big screen. With plenty of action, fun, and laughs, plus Batman’s amazing arsenal of awesome gadgets, 9-pack (he has an extra ab), vehicles and the Bat-cave as it’s never been built before, this new adventure also asks a question: Can Batman just get over himself and be happy?

Much like the first, this one was also quite the charm to endure. 2017 is going to be a rough year for other animated films. To say LEGO BATMAN has set the bar high is an understatement. The film stands all on its own – and that’s part of the fun! It’s not a sequel, so, don’t approach in that manner. It’s extremely fun, humorous, and places a very witty twist on Batman. It’s a brilliant, literal ride down memory lane. Throwing just about every character within the world of Batman, it was a thrill to go from contemporaries like Bane, all the way back to King Tut and Condiment King. (That’s right). It’s full of references for both hardcore fans to enjoy, and those who aren’t completely familiar with the storyline(s). It’s just as enjoyable and smart as its predecessor.

As a feature debut for director Chris McKay, the man hit it over the Hollywood sign. He really reaches deep within our psyche and allows adults to be kids again, and kids to simply elevate their already altered state of imagination. The film displays itself in an age-of-innocence manner with cartoonish motion and sound effects that make shooting guns sound cute. (Pew.. Pew Pew…). The result provides one of the best presentations we’ve seen of the Caped Crusader. Worth the watch. And one that starts triggering fantasies of what it would be like to see some of the heroes in the film have their own LEGO movie. Like Superman, for example. (Whose fun and troubled relationship with Batman seems to creep its way into this film as well.) Only time will tell, bro! 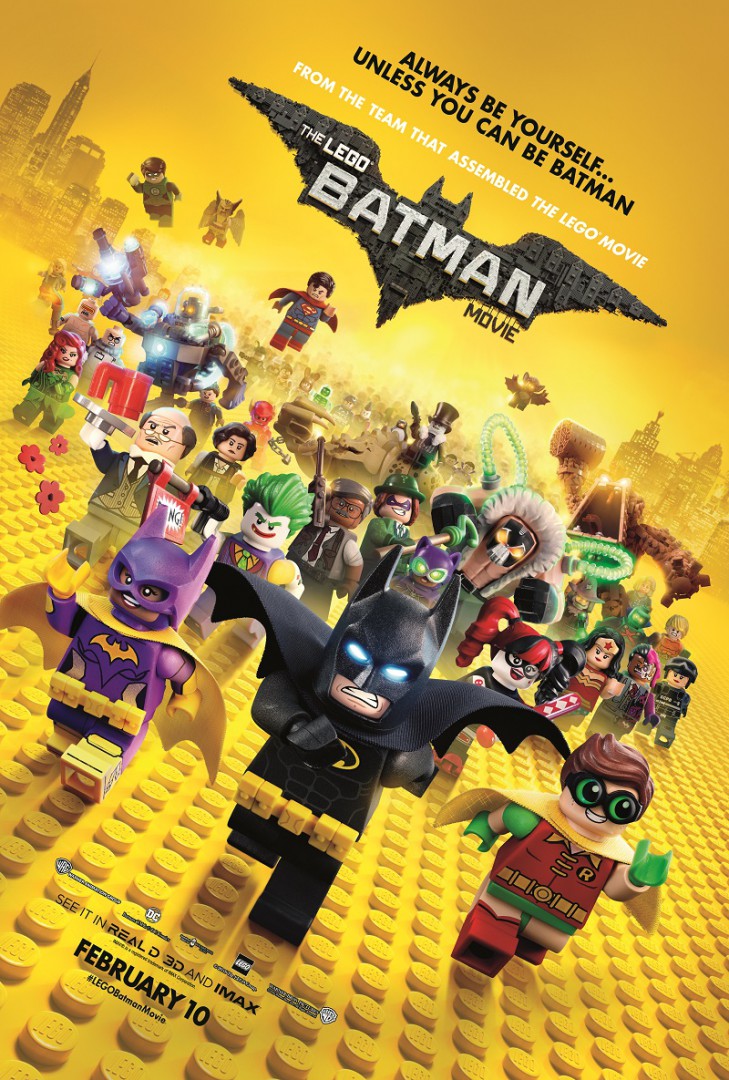