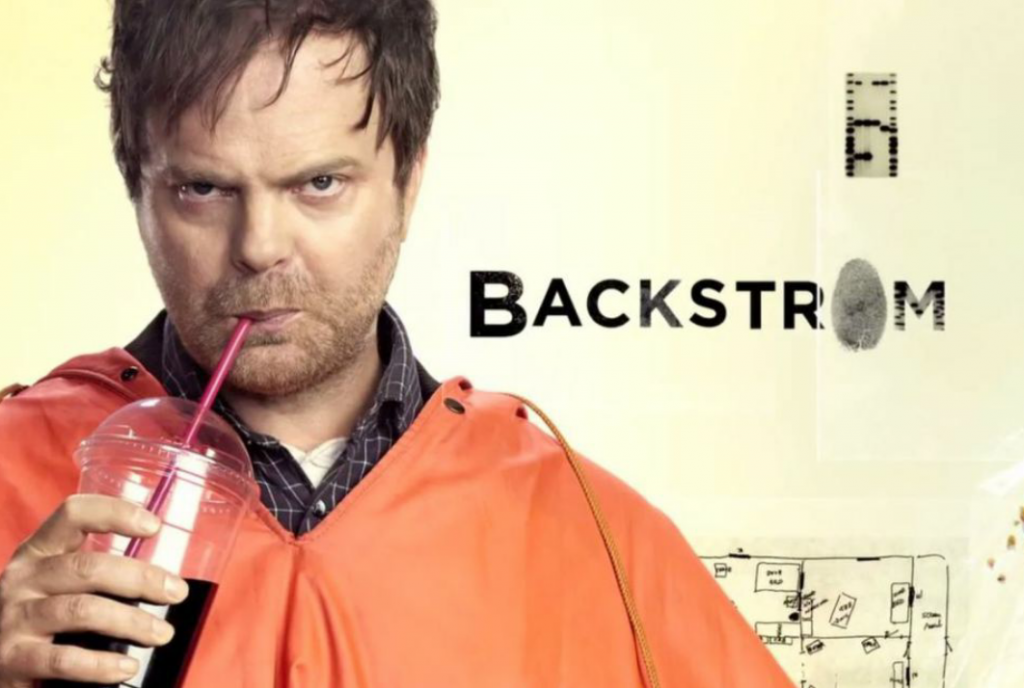 Backstrom is a crime series set in Portland Oregon focusing on Detective Lieutenant Everett Backstrom (Rainn Wilson) and his team (consisting of 3 other detectives, 1 beat cop and a tech savvy civilian) at the Special Crimes Unit.Â  Each week Backstrom and company will tackle cases and catch the bad guys.

In the pilot episode the team catches a case involving the suicide of the son of a high profile senator.Â  As the team investigates they learn the suicide may not be a suicide after all.Â  Could his ex girlfriend be behind it (women are devious)?Â  Perhaps a drug deal gone south (you can’t trust a drug dealer)?Â  Maybe his dad who he hasn’t had the best relationship with (hey there are a lot of dirty politicians)?

Now before you roll your eyes at yet ANOTHER cop show hear me out because Backstrom is not like your average cop show.Â  For starters the title character, though intelligent in an out the box thinking kind of way, is not friendly or likable.Â  If Grumpy Cat was magically turned into a human it would be Everett Backstrom.

He’s a sloppy hot looking mess, not refined by any means and isn’t the good looking Hollywood standard that ALL too frequently populates television.Â  He has a tenant (Thomas Dekker) who amoung other things is his decorator, a thief as well as a fence and to top of he’s gay too).Â  The man is also his assistant of sorts who’s connected to the underworld.

You won’t believe who’s behind it, but tonight you’ll get those answers and more.Â  The series premiere of Backstrom airs tonight at 9/8c on FOX!.