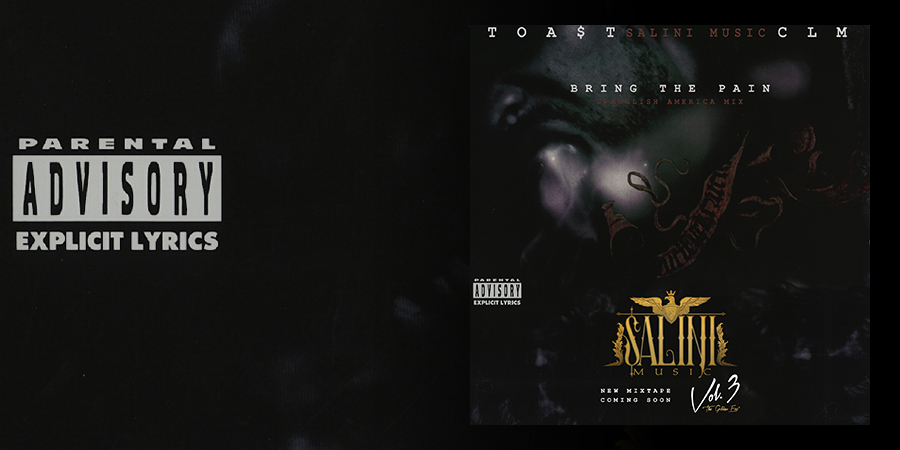 This weekend the bilingual representatives from Salini Music launched their new freestyle called “Bring the Pain” through social network.  The track; which utilizes Method Man’s classic by the same name, is the mantra behind Salini Music Vol 3 mixtape.  The mixtape which will utilize instrumentals from “The Golden Era” of hiphop, which showcase the versatility that the Salini Music artists have.
The idea of using those classic instrumentals from the 90’s will showcase our versatility. It was the music that made me love hiphop, it’s the music I can identify with and most people can identity with. – Toa$t
On the other side, Charly La Melma took to his instragram to announce the release at the same time and asking fans what beat they think they should use on the mixtape.
While we wait for more word on the mixtape, here is the track that was just released “Bring The Pain”
[soundcloud url=”https://api.soundcloud.com/tracks/232350627″ params=”color=ff5500&auto_play=true&hide_related=false&show_comments=true&show_user=true&show_reposts=false” width=”100%” height=”166″ iframe=”true” /]
Source: Josiando Talento
Translated and reworked by: Richard Chiriboga