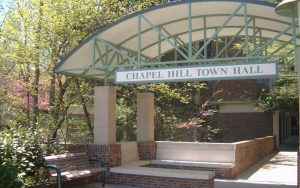 There is seldom an excuse for killing but NO excuse for killing innocent people regardless of race, gender, religion or lifestyle. Craig Stephen Hicks is no exception. at 46 and a self professed “athiest”, has been charged with three counts of first-degree murder after he ALLEGEDLY killed three neighbors in Chapel Hill, North Carolina Tuesday night. All three college students killed were muslim. While some claim that it was a “religious” based attack, the Chapel Hill police are saying that the senseless killing was a dispute over parking spot in the condos.

Now here is where MY PERSONAL opinion will come in.

1. Killing over a parking spot is utterly stupid. If you cannot control your emotions over someone parking in a spot that is open to the public then you have bigger mental issues. If it was your personal spot, then call the cops and have the car towed.

2. If this was religious based and his actions were to attack these three Muslim students, then what message are you sending to others. While I personally don’t believe that any religion is better or more correct than another, I am also not blind to say that almost all religions especially Christianity havent been the biggest murderers in history.
There is so much to this world than killing and violence no matter who does it. This is strategic things that occur to try to place man against man in an effort to eradicate ourselves. Man by nature wants to conquer and be supreme. and now that we have done that to most animals or pushed them into remote areas of the world as well as zoos. who is left to show supremecy to? each other! Let’s not fall into this bottomless pit of hatred.
May their souls rest in peace and the guilty pay the price in eternity.