"DAWN OF THE PLANET OF THE APES: Movie Review" 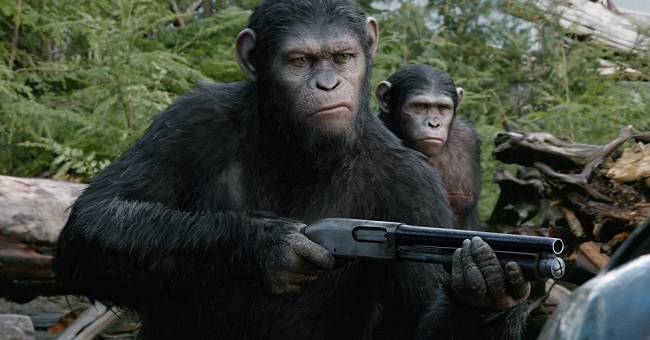 The apes are back, humanoids!

Now, envision the following: A viral apocalypse hits the human race and ten years later our numbers are severely depleted. Apes on the other hand have done very well. So well, ape supremacy seems to be the way of the new world!

Although not as emotionally driven as the first, ‘DAWN’ does a great job continuing the story. Darker, rougher and bit visceral this time around, a [new war] upon inheriting the Earth that entails a twist raises lots of stakes among two species, making this sequel uniquely interesting.

In DAWN OF THE PLANET OF THE APES, a fast growing generation of genetically enhanced and evolved apes, once again under the leadership of Caesar, are threatened by a posse of human survivors of the devastating virus unleashed a decade ago. Under complex interaction, they reach a weak agreement to peace, but dismantles as both sides are brought to the brink of war that will determine who will turn out as Earthâ€™s dominant species. 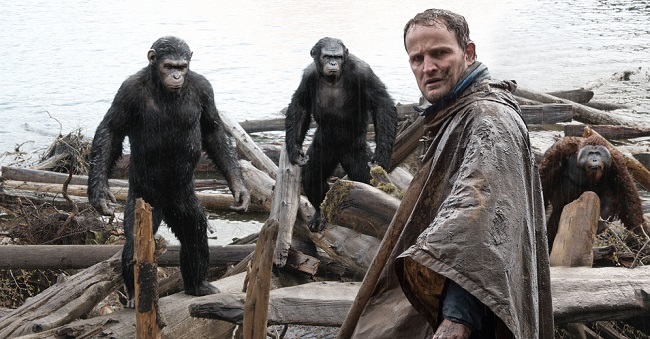 For starters, whatâ€™s great about this sequel is how it lays to rest thoughts (if any) pertaining to the story and characters we fell in love with back in 2011. Laying down their main objective, we get where theyâ€™ve been and what theyâ€™ve been working on right from the start, and thatâ€™s survival. Each with their own agenda, having lingering and frightening thoughts of what remains of humanity and the deadly effects of The Simian Flu.

On of the flip-side, the highly advanced survivors of the man-made virus at the cause of usage upon the apes for study has led to a species beyond comprehension. Working and interacting as a unit, they still follow and have great respect for the one ape that made their freedom possible. Caesar is the alpha-ape. Heâ€™s a naturally progressed leader. The other apes respect him because he has a sense of fairness, he values their opinions, and he includes them in the decision-making process. Heâ€™s definitive in his actions, but also relies heavily on the advice of his inner circle, his council. At a much more advanced level, not only is Caesar a leader, but also a parent and caring mate.

With a strong cast that includes Andy Serkis (returning as Caesar), Gary Oldman, Kerri Russell and Kirk Acevedo (to name a few), in â€˜DAWNâ€™, Caesarâ€™s main human contact is Malcolm, played by Jason Clarke. Malcolm is a former architect who lost his wife to the virus. Left on his own to raise his teenage son, Malcolm is desperate to maintain the hope and stability he and Alexander (Smit-McPhee) have found within a small colony of fellow survivors in San Francisco.

As we get to see both species living and coping, lots and lots of misguided, conflicted assumptions lead to what seems to be a much more violent and sophisticated face-off than we saw in â€˜RISEâ€™. The twist to the story is the KEY element in what makes this film enjoyable and interesting. Itâ€™s a story that lends itself to a cause where no one really comes off as villain or hero, but more one that levels out detailed reasoning among humans and apes. 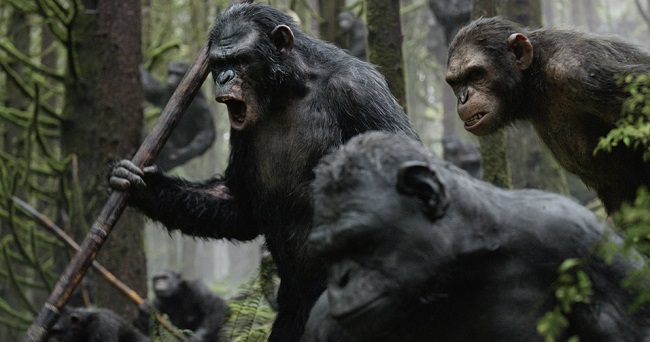 Despite its moments of sporadic drag, â€˜DAWNâ€™ has a lot of heart, will and well-executed depth. The film leaves no stone unturned and delivers a lot more this time around in a different way. I cannot say and/or feel itâ€™s better than its predecessor, but â€˜DAWNâ€™ is one of the best sequels that ends on a note raising stakes. If this one does well and third is green-lit…holy shit! We pretty much know the outcome of the ape story, but with modern touches, itâ€™ll be a blessing to see it get there. 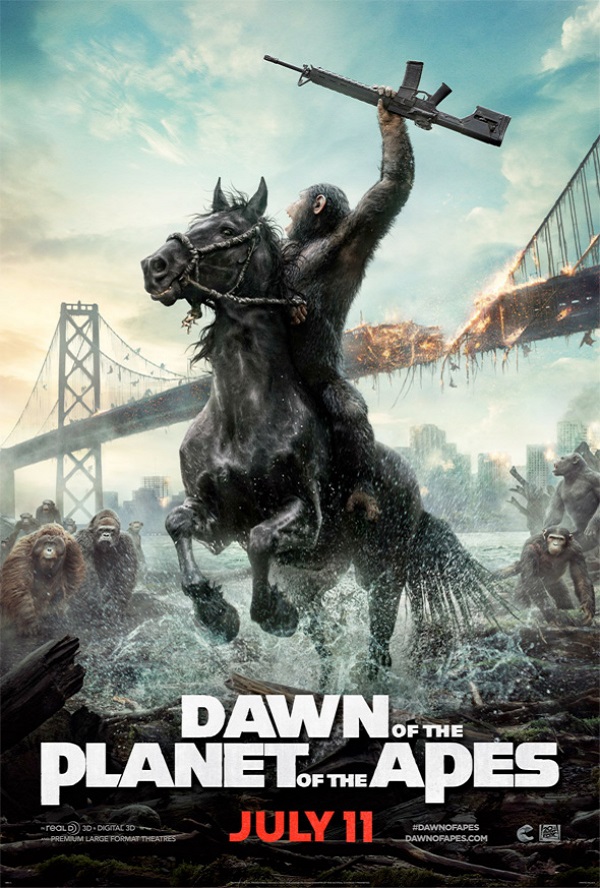