"Defiant, bold and beautiful | THE HATE U GIVE – Review"

No other way to put this… THE HATE U GIVE is one of my top films this year. It’s got everything and anything you can imagine of which encompasses humanity at its worst and best. It’s a seesaw of emotions, and even more impactful when the sole purpose of the film is an in-your-face, social commentary about our current, sketchy system and its blurred lines of “justice.” Especially among people of color!

Starr Carter (Amandla Stenberg) is constantly switching between two worlds: the poor, mostly black, neighborhood where she lives and the rich, mostly white, prep school she attends. Its uneven balance between these worlds is shattered when Starr witnesses the fatal shooting of her childhood best friend Khalil (Algee Smith) at the hands of a police officer. Facing pressures from all sides of the community, Starr must find her voice and stand up for what’s right.

As gorgeous as this film is, the key purpose of it is to make you feel uncomfortable. Exposing different points of views circling an unnecessary outcome opens its audience’s mind to current events. It’s harsh, but the powerful story that’s told courtesy of a fantastic cast is second-to-none. What the film also succeeds in doing is conveying a point of view clearly and with a calculated goal of trying to inspire a sense of action, and personal responsibility. THE HATE U GIVE is more than just a film. It’s a movement. It’s a manifesto that should be mandatory viewing. No matter what side of the fence you’re on, its simple approach to these complex issues is appreciated, and makes a point accessible to a young audience, for whom it is intended for. It’s a film that’ll trigger all sorts of feelings. Good ones. Bad ones. And a little in-between. It took a while for me to completely digest it. Raw yet beautiful, THE HATE U GIVE is a must see! 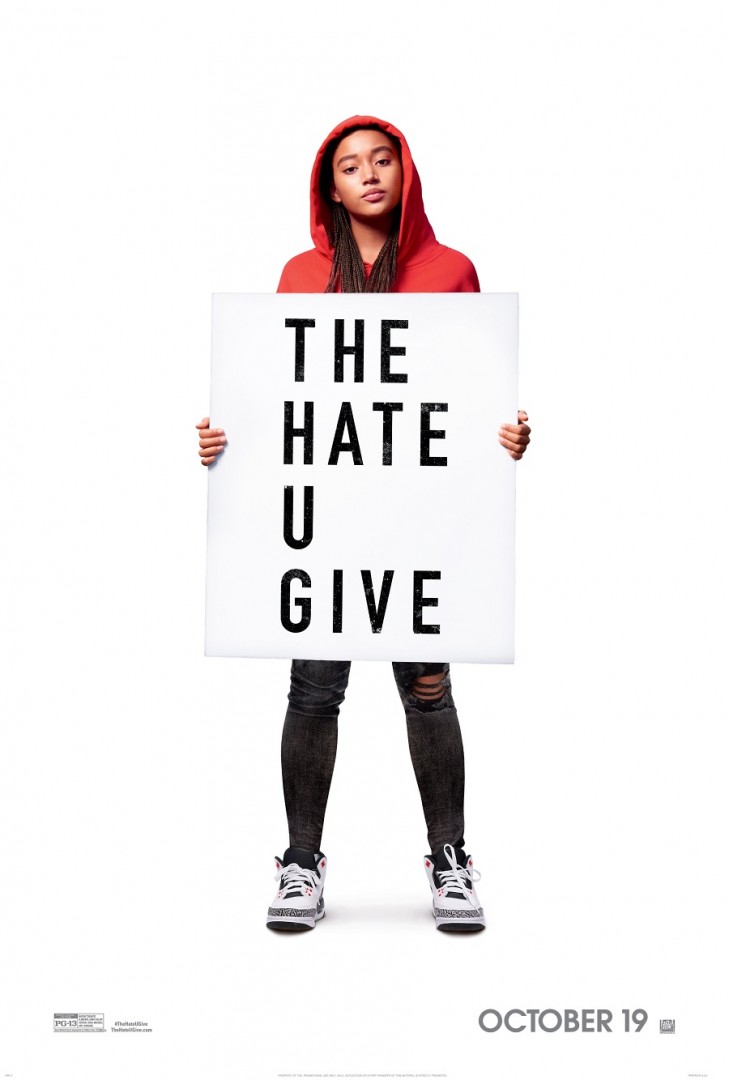