To say the MCU will ever reach a level of fatigue remains to be seen. Sure, theyâ€™ve had their dips, but even those presented a nice level of wonder upon a world only known in pages at one time. Following up with springâ€™s AGE OF ULTRON, Marvelâ€™s ANT-MAN is one that had its troubles not so long ago. Lots of back-and-forth with then chosen one Eric Wright, artistic differences caused a split, leaving this piece riding a seesaw of uncertainty. However, much to their credit, thereâ€™s always a light-bulb flickering at Marvel Sudios. Tapping Peyton Reed (a lesser fan-fave than Wright), reactions were up-and-down in terms of support â€“ hence a bit of a backlash.

Well, for all those negative souls out there, you couldnâ€™t have been any more wrong. I was Team Wright from the get-go, but the job at the hands of Reed happened to have been dynamic, presenting yet another marvel(ous) outcome!

In this next installment, the MCU brings forth an original founding member of The Avengers to the big screen for the first time! Armed with the astonishing ability to shrink in scale but increase in strength, master thief Scott Lang (Paul Rudd) has to embrace his inner-hero and help his mentor, Dr. Hank Pym (Michael Douglas), protect the secret behind his spectacular Ant-Man suit from a new generation of towering threats. Against all odds, Pym and Lang set forth a plan and try pulling off a heist that will save the world.

Well-crafted story, intelligence, charisma, humor, beautiful cinematography, fantastic action sequences (one of my favorites entails a throw-down between Ant-Man/Yellow Jacket) and vibe made this one of the best Marvel flicks Iâ€™ve seen to date. And dare I say better than AGE OF ULTRON! (Yea, I said it!)

ANT-MAN turned out to be a fantastic addition to their puzzle of uncontrollable phases laid out with style and attitude. Introducing new faces to their cinematic family, Paul Rudd, Michael Douglas and Evangeline Lilly beautifully and entertainingly present us with a new story-line linked to prior films, tying a knot that will only build more anticipation on what’s to come. What seemed “corny” at first glance about two years ago when first mentioned, turned out with a phenomenal end result. ANT-MAN holds its own, and has earned its stripes (in my book) to welcome all those in this film back for more avenging adventures.

Fast paced and poking fun at itself, ANT-MAN is a unique flick that works no matter how ridiculous one may think of it.

Peripheral charms with this piece also adds to this pretty interesting story-line. Without pulling any punches, unveiling upcoming Avenger tie-ins, as well as its supporting cast hold just as much respect, especially the less-is-more approach with Michael PeÃ±a, who spices things up with his swag as only PeÃ±a can do.

Captivating and surprisingly awesome, ANT-MAN is here to stay. Followed by upcoming intro flicks BLACK PANTHER and DOCTOR STRANGE, ANT-MAN may very well be a tough act to follow. Granted those mentioned are different in every way, shape, or form, heroes always stand out due to their uniqueness, and ANT-MAN is one unique mofo! And if unique heroism is something youâ€™re looking for, hands down ANT-MAN (kudos to Paul Rudd for his performance) will be one thatâ€™ll put a pleasurable smile on your face. Honestly, it’s so smooth and simple, one doesn’t even need to be a Marvel Comics nerd in order to take this piece in. That said, stick around for Marvel’s inevitable post credit scenes. There’s two! (wink)Â 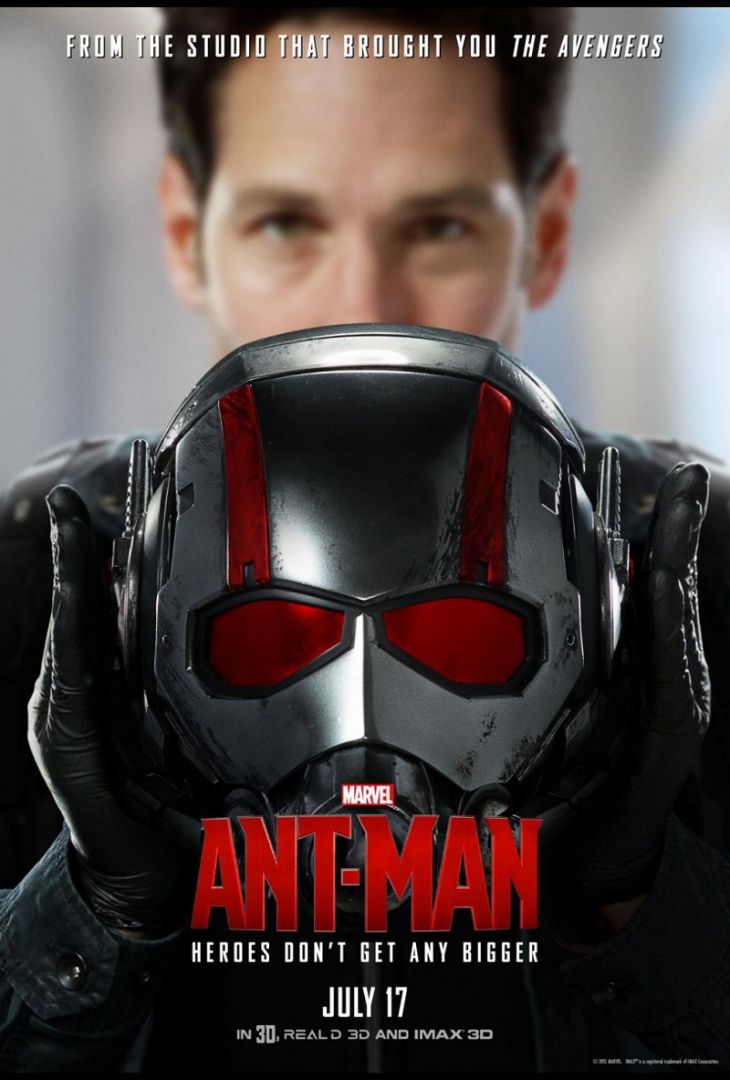