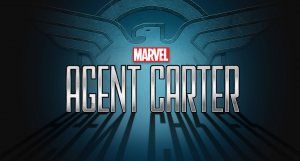 After last week’s events and Agent Carter’s apprehension by her very own SSR, Peggy is now the enemy in the eyes of her fellow agents.Â  Those idiots she’s one of the good guys!Â  Fear not because the good guys have friends in high places and Carter is no exception.Â  Mr. Jarvis (Stark’s loyal man servant) shows up at the SSR’s secret headquarters with a signed confession from Howard Stark himself.Â  The Chief is willing to free Carter and Jarvis ONLY if Stark turns himself in.Â  The only problem is that the confession…was forged by Mr. Jarvis.Â  DAMMIT!Â  Jarvis had good intentions, but now both he and Peggy are in custody.

Doctor Ivchenko (a member of Leviathan named Fennhoff with the ability of hypnosis) influences Chief Dooley into acquiring one of Stark’s stolen inventions.Â  The weapon is then used on a theater full of movie goers with lethal results.Â  Awww shit WTF is Leviathan planning?Â  There’s no telling but it’s safe to say that WHATEVER it is can’t be good.Â  The good doctor didn’t leave without a parting gift though, an armored vest with explosive results that he placed on the chief.Â  With Ivchenko and Dottie Underwood (the ninja bitch that looks like a stepford wife) on the loose, it’s anyone’s guess what their next move will be.Â  Tune in this Tuesday for the season finale of Agent Carter.