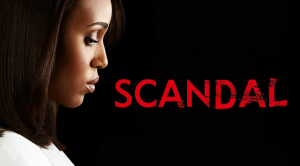 So Iran won the auction and sent representatives to claim their prize.Â  Oh Shit right?Â  WRONG because Liv’s captures don’t speak the language while the Iranians speak english, Olivia uses that to convince both sides that they are being played.Â  The sell of off and both sides leave empty handed.Â  Not about to lose out on a pay day, Liv’s captives resume the auction and bids continue to poor in.Â  As the clock stops two bidders tie with a bid of a staggering two billion dollars.Â  The kidnappers are unsure what to do to ask the billion dollar babyÂ who tries to swing the decision in her favor, but gets one upped and sold to the Russians.

Meanwhile back the White House things have gone nuclear!Â  Fitz is HELLBENT on getting Olivia back safe and sound while everyone else deems it wiser to eliminate Olivia to ensure the safety of out nation.Â  Even Cyrus, dear friend of Olivia whom he chose as the God Mother of his child, is onboard.Â  What’s even more shocking is Cyrus going behind the President’s back to sanction taking out Olivia.Â  It seems Abby is the only other person at the White House determined to see Olivia back safe and reaches out to a few contacts.

As the moment arrives, Liv’s captors deliver her to the Russians and as she is unmasked to see just who spent bookoo bucks to have her, she (and we the viewers) are STUNNED to see Michael standing there.Â  Hell I know I screamed when I saw a friend standing there and not an enemy.Â  Do you even know who Michael is?Â  For those of you who’ve been with the show since day one you know.Â  For those of you who joined during season two, Michael is an original Gladiator who (for what reasons) left Pope & Associates for other endeavors.Â  But like Olivia said “Once a Gladiator always a Gladiator” and that he is.Â  It was so good to see you again Michael.

Scandal will be on break but will return on March 5th as this week ABC presents the two hour season finale of How to get away with murder.