Boxing movies seem to be the most impactful of any kind of sports-based films. They’re real even if they’re fake. They hurt even though you know they’re choreographed. Fact or fiction, boxing narratives make your heart beat like a speed-bag. RAGING BULL, ROCKY (all of’em), THE FIGHTER, HANDS OF STONE and BLEED FOR THIS are in an elite club of films that will be joined by the now CREED franchise.

When Ryan Coogler’s CREED was released in 2015 to audience and critical rave – as well as box-office success – his filmmaking crew had pulled off the difficult task of staying true to the spirit and style of the film’s iconic predecessors, while creating its own path. A touchy and engaging cinematic path of its young lead, Adonis Creed (played brilliantly by Michael B. Jordan), who under the guidance of Rocky Balboa (Sylvester Stallone) sought out to build his own legacy while following in the footsteps of the world heavyweight champ dad, Apollo Creed (played in the earlier ROCKY films by Carl Weathers), a man he never knew.

After such a charm of a story backed with lots of success and admiration, the inevitable happens. The dreaded ‘S’ word. That’s right, sequel! This one dwells all the way back to 1985. The time when Russian boxer Ivan Drago (Dolph Lundgren) killed former U.S. champion Apollo Creed in a tragic match that stunned the world. Against the wishes of trainer Rocky Balboa, Apollo’s son Adonis accepts a challenge from Drago’s son, Viktor (Florian Munteanu) — another deadly fighter. Once again, under the watch of Rocky, Adonis goes primal and trains for the showdown of his life!

Enticing yet familiar. For starters, if you’ve seen one boxing movie, you’ve seen them all. It’s a common template of rise, fall, redemption… CREED II is no different. While the spectacle of legacy and pride drives the first – much better – film, CREED II is more about individual respect and stubbornness. There’s respectable, added substance for reasons why Adonis wants to fight and it carries the film decently. But in the end, the inevitable results turned out to look more self-indulgent than purposeful. And that’s because aside from Bianca (Tessa Thompson), Rocky and Adonis’ mom, Mary (Phylicia Rashad) – the only ones with their heads on straight – everyone else seems to be dwelling on the past and looking to go “hard” for all the wrong reasons.

It is what it is. Not bad though. I endured and enjoyed. The cast is solid and entertaining. And even though CREED II suffers sequel clichés, its timely, generational themes and style provide a display as its own title, yet linked beautifully with the ROCKY cinematic universe. (That’s right. I said it. RCU!) I just really hope it ends there! No need for any more extensions. What’s next? Mr. T’s son? 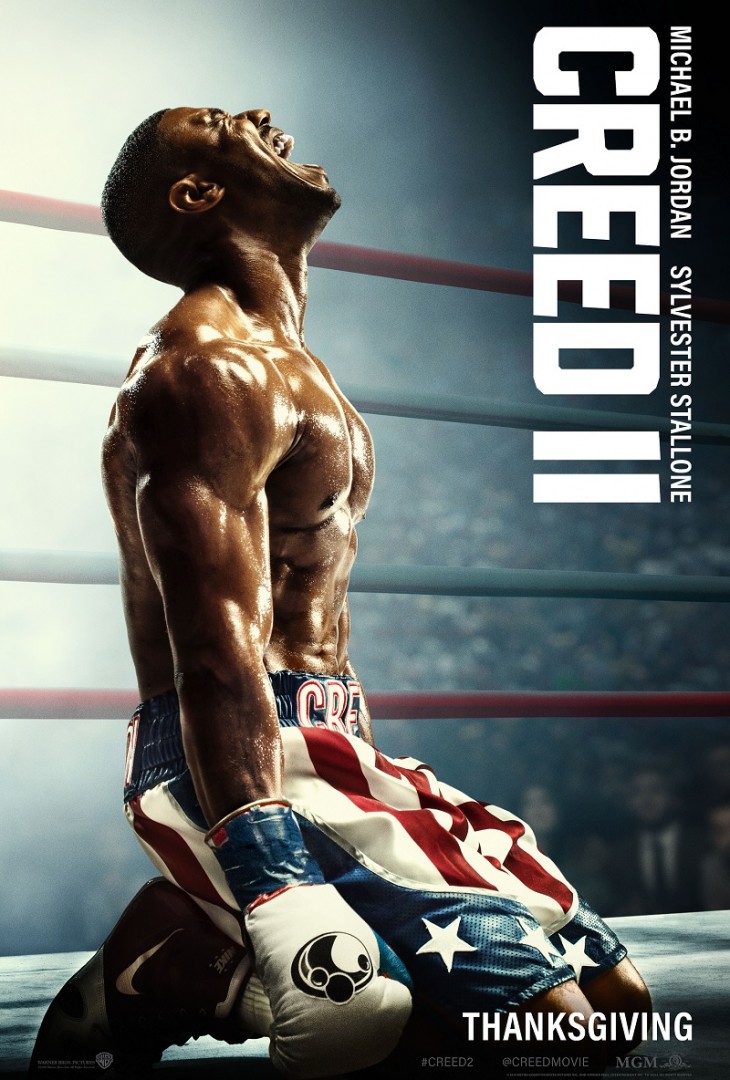