"Spidey’s new web of adventures | SPIDER-MAN: INTO THE SPIDER-VERSE – Review"

One of my pleasures during this year’s NYCC was covering “Spider-Man: Into The Spider-Verse.” It was an in-depth panel discussion spearheaded by producers Phil Lord and Chris Miller, who not only treated us to a fun chat with the cast, but also unveiled the first act of the film. No one knew what to expect. It was a jaw-dropping experience. Once done, the scene at MSG was chaotic. Anticipation to the film’s release increased by God knows how much. Simply saying “I’m ready for this ride,” would have been an understatement. That said, it’s finally arrived, and I feel privileged to have screened it to its full capacity. What a rush!

Miles Morales (voiced by Shameik Moore) is a typical NYC teen struggling with school, friends, existence and above all, becoming the new Spider-Man. When he comes across Peter Parker (voiced by Jake Johnson) – the savior of NYC in the multiverse – Miles must train to become the new protector, while teaming with other Spider-People across parallel dimensions to stop a threat created by the sinister Wilson Fisk (a/k/a Kingpin – voiced by Liev Schreiber), whose latest act has caused a multidimensional crack that can cause global catastrophe.

Off the bat, I had so much fun watching this film. It’s brilliant, entertaining, hip (in a NYish kinda way), trippy, engaging, unique and stunning animation-wise making this flick visually delicious! SPIDER-MAN: INTO THE SPIDER-VERSE is a whole new level of comic-book movie experience. One that allows you to live it. Total escapism entangled in a multidimensional web of badassery.

One of the best things this film has going for it is its script. The dialog is tight and straight-forward. Witty in a sense as it lays out its narrative and characters beautifully. It’s an origin story first-and-foremost. Therefore, it introduces Miles cleverly. Miles Morales has been around for a few years now. His stock-price has shot up in all forms and now displayed in his own animated feature. Upping and spicing the ante to all sorts of levels of awesomeness is Miles is half back, half Boriqua! Diversity has been a sensitive subject-matter these days and it’s great to see Hollywood’s paying attention. This is only the start for Miles’ journey among superhero flicks. This has finally hit mainstream and my Spidey-senses tell me this is going to be huge. Sequel and possible spin-off huge!

The beauty of its fully fleshed characters isn’t something that comes across in many animated features. I mean, unless it’s overseen by a mouse. Relations between characters are defined and deep. One of the heartbeats of this story is the intertwining, complex relationship between Miles, his dad (voiced by Brian Tyree Henry) and his uncle (voiced by Mahershala Ali). Its complicated existence serves as one of many tentacles of emotion in the story.

“Into The Spider-Verse” also has some of the best action-sequences and fights I’ve seen in animated features, as well as soundtrack. This soundtrack is hip-hop’d out. The music serves as a character all on its own. Adding swag to the film, it ties in nicely with a backdrop of NYC. The city is represented in its entirety. One of the mentions back during the panel was how they wanted to respect NYC as a whole, which meant paying respects to our (I’m a NYer) boroughs. Lots of “Brooooklynnnn….!” goin’ on here.

“Into The Spider-Verse” is radiant fun on a whole other level, with an inevitable cameo by Stan Lee. It was heartfelt and the audience I saw it with made it very clear. A big pop followed by sporadic sniffles. Personally, this is the best animated feature I’ve seen this year. Much respect to Disney/Pixar – who, in turn, have put out some gorgeousness this year. However, “Spider-Man: Into The Spider-Verse” is animation on a whole other level. Engaging to the core. It’s a living, breathing comic-book feature experience unlike any other. A must see on all levels. 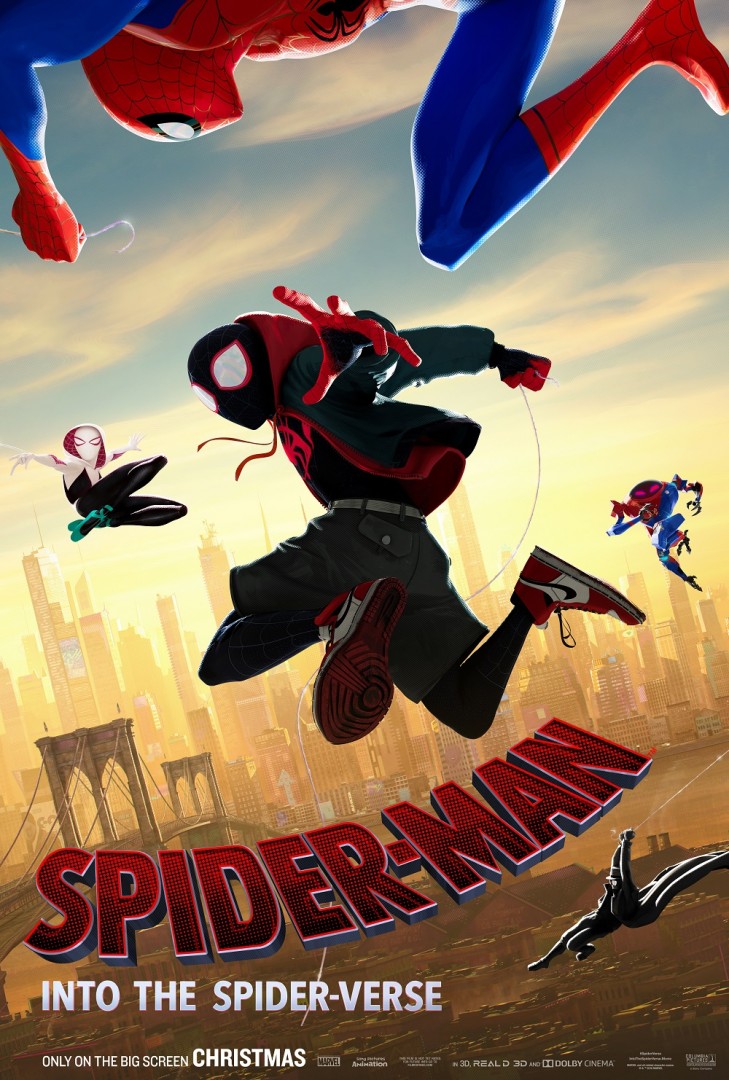