As the world turns, mankindâ€™s morbid mentality exposes itself. Fact is simply taking a look at whatâ€™s going on around the world at the moment is a great way to realize it. Whether domestically or internationally, this world has gone to complete shit â€“ and you know Iâ€™m right. Look at the Middle East and Northern Africa for example. Chaos in a class by itself if you ask me, right? Too much to dig into to, but truth is in one way, shape, or form, it is human natureâ€™s practice to prey and pray (for hypocritical balance). Although not to the same extent as the Middle East and Northern Africa, weâ€™re not too far from it. One of our most common forms of carnage these days is gun violence. Chicago, for example, is back on the map with their noise of senseless violence during the Independence Day holiday. And it doesnâ€™t stop there because itâ€™s a national PURGE (totally punned) thatâ€™s become an accepted part of the package among our society and culture. I wouldnâ€™t say ALL, but the menacing mentality among human nature is deep-rooted, active and ready to go weather provocative or based on recreational impulse. Humans have proven to be the most violent and dangerous species to inhabit this big blue-green marble.

However, where thereâ€™s bad I guess some creativity can arise. Last yearâ€™s THE PURGE written and directed by James Demonaco piqued the interest of many movie-going Americans. A setting where the â€œNew Founders of Americaâ€ signed off on a new right for Americans to Purge one day a year for 12 hours without any consequences not only seemed like a cool cinematic concept, but also led to spin-off conversations of how WE would react if such a law ever came to be. Making it look good, starring Ethan Hawke, THE PURGE was a film that presented a unique plot, but only wound up being your typical home invasion flick weâ€™ve seen time and time again. It wasnâ€™t BAD by any sense because it did entertain, but it was a rehashed hamster-wheel that provided a new idea only to wind up flat-lining a bit. Overall, it did very well at the box-office and because of its sleeper-hit-powers, UNIVERSAL green-lit a sequel.

NOW, sequels have this dark cloud of not living up to their predecessors, but lately I canâ€™t say theyâ€™ve been living up to their stereotypes. The summer of 2014 will go in my book as one of the best years for sequels because not only have they turned out to be enjoyable, but also a step ahead and much better. On that list I can say ANARCHY has earned its place. Why? Simple, ANARCHY is A HELL of a lot more interesting, raw and chaotic than the first.

In this terrifying chapter of law-abiding citizens preparing for their country’s yearly 12 hours of anarchy, we get a different perspective on the entire ordeal. Weâ€™re out in the open and it exposes a free-for-all as this story takes us through various characters living or dying it up in an urban setting and it works beautifully. Visually, emotionally, mentally and physically it broadens the act. If anything, itâ€™s an extended version of how the first film opens when we see clips of madness going on in the streets.

Opening with scenes of citizens getting ready to go home after work and lock down or getting ready for dirty deeds, the intensity level gets right to it. At times some of it can be a bit silly or overdone, but one does get the impression things are about to set off in the harshest of ways. And although covered briefly in the first, ANARCHY gives off a better explanation as to why Americaâ€™s economy, unemployment rate, crimes, etc. have balanced out. The rich seem to have the upper hand when it comes to controlling most of the carnage; they both work with the poor to oppose the poor. Anarchy’s back-bone stems from CLASS WARFARE, which I think should have been the title. (THE PURGE: CLASS WARFARE â€“ There you go. Oh, well, maybe the third film)

The touches of revolution (led by Michael K. Williams) come off cool and although a bit predictable as to where theyâ€™ll go with the storyline, itâ€™s great to see it blow up right in front of our faces during the third act. It was a great thrill to see where the story led as it kept presenting twists along the darkened stroll through legal hell. Taking the lead among a group of vulnerable, lost characters that include a waitress (Carmen Ejogo), her daughter (Zoe Soul) and a car-broken, stranded couple (Kiele Sanchez and Zach Gilford) is Mr. Frank Grillo! This guy pops into the scene with full control, and as he remains ruggedly enigmatic, all it does is generate questions as he moves along. The good thing about his character (Sergeant) is heâ€™s unreadable. You know thereâ€™s something to this man â€“ a purpose of sorts; an objective. Itâ€™s teased throughout the story, but you never get to know why until that final moment and it was awesome. His questionable intensity, intelligence and integrity were played out superbly. His relaxed, yet fearless demeanor serves the story well. 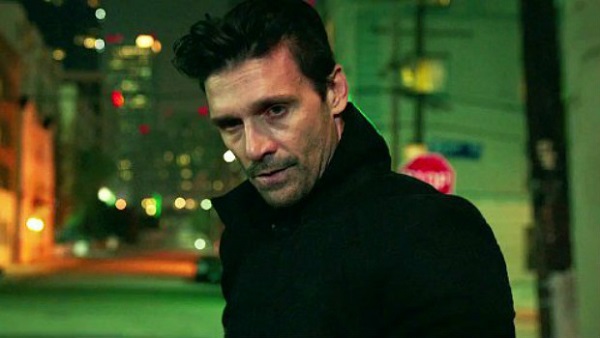 At a run of an hour and forty-four minutes, ANARCHY lives up to its dreadful title. Itâ€™s a film geared to screw with oneâ€™s head of just how far mankind will and/or can go if stripped away of all governance. Way different on levels of HOSTEL for example, or SALO, a destructive form of abuse will always prevail as long as itâ€™s allowed. However, if you can detach all sorts of sensitivities, on the flip-side of it all, not since ESCAPE FROM NEW YORK or THE WARRIORS has anarchy seemed so much fun. Itâ€™s sadistically fun, entertainingly loud, and viciously intriguing! 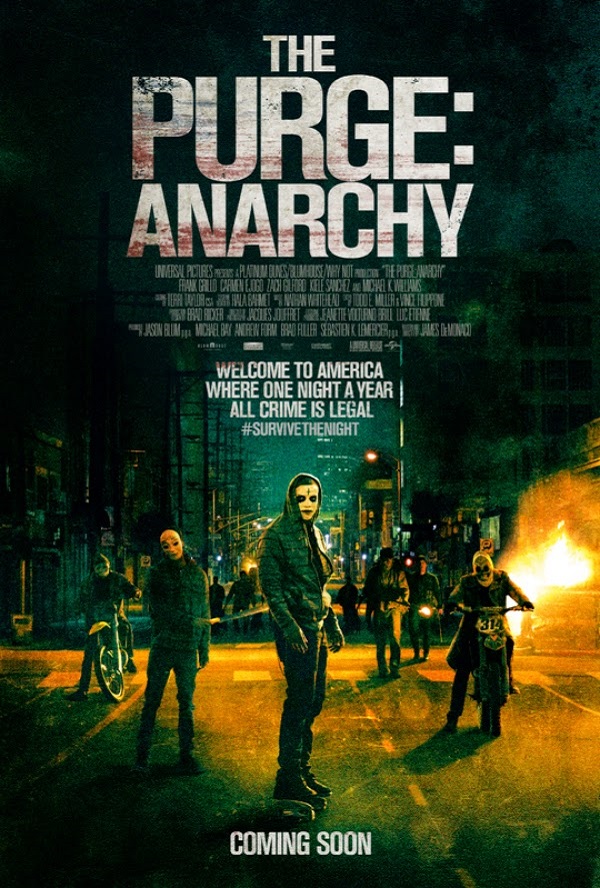