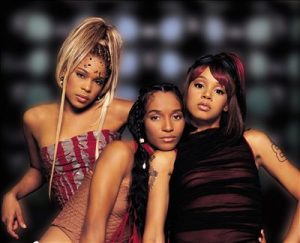 While we all probably heard Left Eyes “How to sell millions of albums and be broke” speech, no other all female music group has done more to raise little girls self-esteem more than TLC. From What about your friends to Scrubs to waterfalls, I am sure that many women out there at one point or another sang and fantasized about being part of TLC. Well here is your chance.

TLC has put a kickstarter together to let the fans help them create a fifth and final album for their fans. The kickstarter campaign called “TLC is BACK to make our FINAL ALBUM with YOU!” currently has 29 days to go and already has $68,049 pledged from the $150,000 goal.

Pledges are as low as $5 where you can get behind the scenes updates about the album, PLUS you will get to vote for which TLC track you want REMIXED for the final album to more than $7,500 where you can get to be in a photoshoot with TLC, Vynl, TLC scrapbook, dance School, fanmail, digital album and so much more. The only catch is that you would have to provide your own travel and accommodations.

All in all anyone who was a big TLC fan can be part of this experience and cherrish this album with them.