"A Week Amongst Muslims" 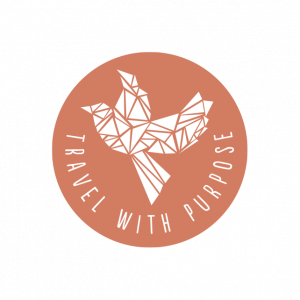 A friend recently told me that FEAR is false evidence appearing real. That really stuck with me. It stuck with me because until recently I lived my life basing truth on evidence I had “gathered” throughout my life, evidence based on a one-sided subjective truth which in fact was far from the truth…because there is no truth you see. We gather our truths based on what we read, what we see on the news, what people tell us, what our religion tell us, what our parents have taught us…but the truth is, there is no truth.

Years ago I believed many different things about Muslims. One, I was raised Catholic and two, I had this really asinine idea that all Muslims were the same in regards to how they see the world and how they see others. In all honesty, for many years I believed them to be fanatics (to be fair, I felt the same about all religious people) and I believed them to be people who felt women were second class citizens. As a feminist that notion never sat well with me. In the last couple of years, meeting and interacting with more Muslims I have shed most of these beliefs because I have realized that all Muslims are not this way. I have also been reminded that so many religious leaders have killed in order to convert others…Christianity being at the forefront with the Inquisition and the Crusades. I have also been reminded that there are so many fanatics in all religions who are willing to die for their faith but sadly the media has demonized Muslims. But what if we were living during the Inquisition? The news and social media would deem Christians as terrorists no? See, I also realized that so many religious leaders, cults, jihadists and other groups skillfully and conveniently interpret the “holy” books and commit atrocious acts justified in the name of their gods. There are approximately 1.6 billion Muslims in the world and if most of them fit the terrorist stereotype we would be in some deep sh*t don’t you think? Yet despite all that I learned, I still had some prejudices towards Muslims in general, despite the fact that I’ve spent a lot of time defending them given the current political climate in the US.

My trip to Jordan changed everything for me. I spent a week amongst Muslims, a week working with Muslims, breaking bread with Muslims, partying with Muslims, and helping Muslims. I met Muslims who were devoted to their faith, others who were semi-religious, and others who were not so religious, questioned their faith but yet remained loyal to it because it is what they felt they had to do. I had the opportunity to openly and respectfully talk about stereotypes, about their beliefs, about Islam, and about some of things I wholeheartedly disagreed or believed to be archaic. I realized that I had a lot more in common than I could ever imagine with a lot of these people. I still don’t agree with everything or everyone I met but unexpectedly, this cultural, emotional and intellectual exchange really opened me.

One of the days I was in Jordan, we went to distribute food boxes and hygiene kits to a community of Muslim Syrian refugees who are mostly widows from Aleppo, a city which has been almost entirely destroyed. They gathered at one of the families’ houses and waited in line with their documents in order for us to verify that they were indeed refugees. It was scorching hot out and they patiently and in a very organized manner waited for us to unload the truck. In a matter of minutes we created an assembly line where we (Maher, his friend and the truck driver) along with some of the women’s sons would organize the hygiene kits in blue plastic bags. Most of the women were wearing black burkas and although I was there helping and respectfully covered from my neck to my ankles, I felt intimidated. I felt insecure as to what they could possibly be thinking about me as an American woman, a non-Muslim woman, a foreigner who didn’t speak their language nor endured anything close to what they did. During the distribution, smiling, I made eye contact with some of the women. Some of them smiled back and others had blank expressions on their faces, especially the one woman who had lost an eye. I thought about how incredibly sad most of them must be, given they lost everything from their country to their houses to their possessions to their husbands to their sons to their daughters to their family members. I thought about the fact that some of them are unemployed and the prospect of a job seems unlikely. I thought about how hard it must be to have to put your pride aside and live off of hand outs and the fact that they were chosen by life or their god to endure one of the worst catastrophes we’ve seen in the last two decades. As usual, a million thoughts flashed through my mind as I assembled the kits under the blazing Jordanian sun. 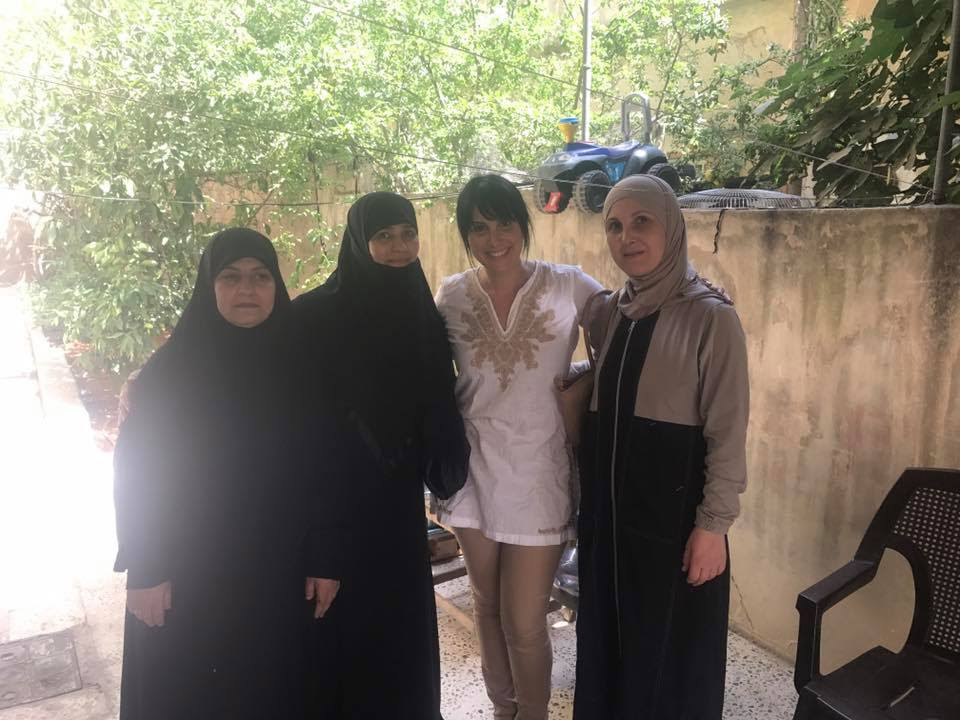 Towards the end of the distribution I was introduced to the woman who is the liaison between this community and the NGOs who aid Syrian refugees in the area. She is known as Um (mother) Nour. You could tell she was the leader right away as she was directing the women. Maher introduced me to Nour and she immediately and firmly grabbed my hands and kissed me three times on the cheek while uttering 100 Arabic words per minute. She introduced me to the other women and her beautiful son and daughter, who both had the most striking blue eyes, and her gorgeous grandson. Syrians are beautiful by the way. Nour is beautiful. She has an intense look of sadness in her eyes yet she’s radiant and that radiance is palpable. There were moments she looked at me while firmly holding my hand in silence. I could feel her sadness so much so each time she held my hand I almost cried. Yet I could tell how grateful she was that I was there helping them by the way she looked at me and called me Habibi. 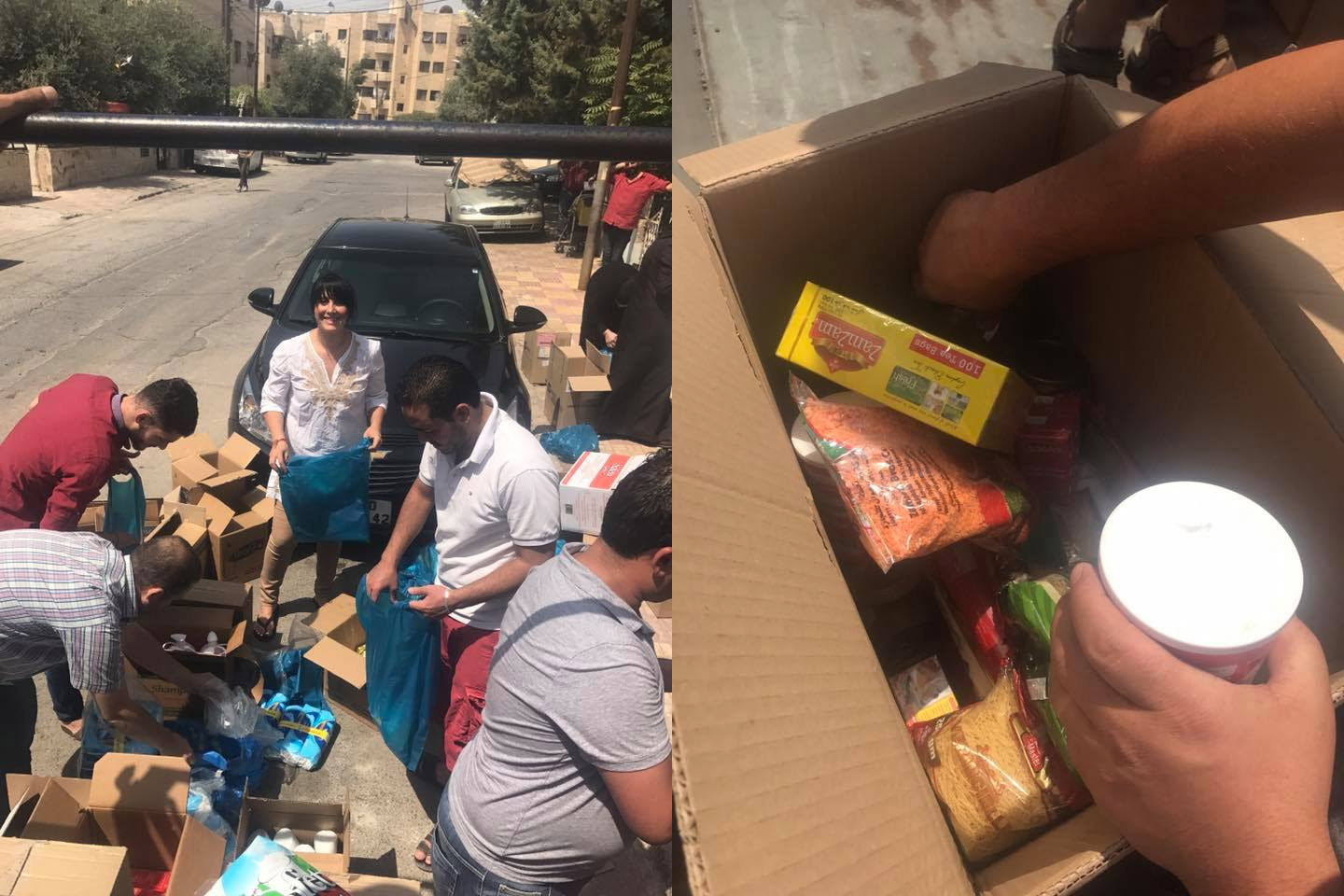 After the distribution Nour invited me in to have “Ahue” (coffee) with her family. We sat down in their bare boned living room which had a comforter on the window to block out the heat, two worn out sofas, a couple of chairs, a fan and a fairly large armoire. Immediately they brought out a tray of homemade cookies (mahmoul) and Turkish coffee. I almost felt bad that a family that was just getting by would invite Maher, his friend and I to have some coffee and biscuits. But I know better than to say no to an Arab family when they offer you food. We stayed for an hour or so and I just sat quietly observing and lost in translation. Maher was the only one who spoke English so once in a while he would translate some of the things they were discussing but mostly I just sat there smiling and occasionally looking at Nour who is full of light. Maher told me many times when they did the distribution she would not take a food box because she knew there were other women who needed it more than her. How beautiful to be this selfless I thought. How beautiful is that the people who give the most are the people who have the least. How beautiful it is that Muslim Syrians looked out for each other like this. How beautiful it was to be sitting in the living room of a Muslim Syrian refugee family who without even realizing it were humbling me down to my bones and restoring my faith in humanity, just like every email and notification alerting me about a donation does. 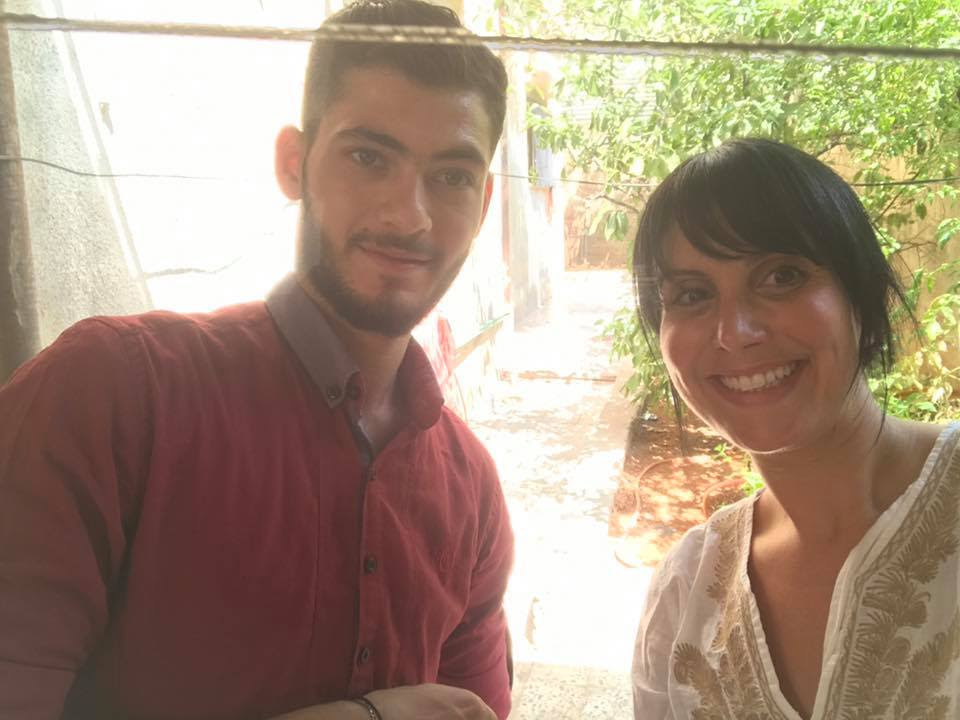 Her son-in-law, an amazing tailor who before the war came to Jordan to work, brought out some of the shirts he makes. His mother held me by the hand and proudly showed me the bedroom turned workshop where he worked. There was also a small mattress on the floor which I’m assuming was someone’s bed. The sewing machines Maher later told me were donated by one of the NGOs. The tailor was so proud of his work I couldn’t help but support him so I bought two shirts and gave him an extra $12 as my way to repay them for their hospitality. They tried to argue with me on giving me back the change but I said Lah Lah Lah until they accepted. We said our goodbyes and Nour kissed my cheeks three times, hugged me and told Maher to tell me to please come back again. I told him to tell her I would. And I really hope life brings me back to her.

That week was incredible for so many reasons but mostly because in 5 days I entirely changed my perspective about Muslims. In 5 days I immersed myself in their world and was welcomed with nothing but love and respect. In 5 days I shared so many powerful, raw and lovely moments with Muslims. In 5 days I cried, laughed and was held by a group of people who are seen by half of the world as terrorists or as animals. In 5 days I learned so much. 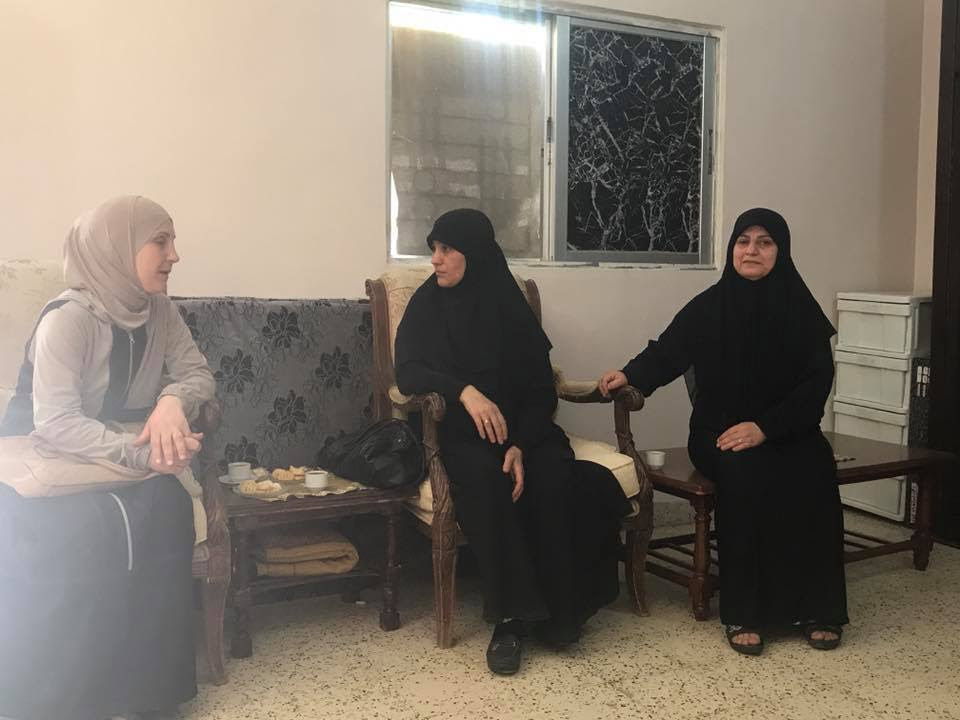 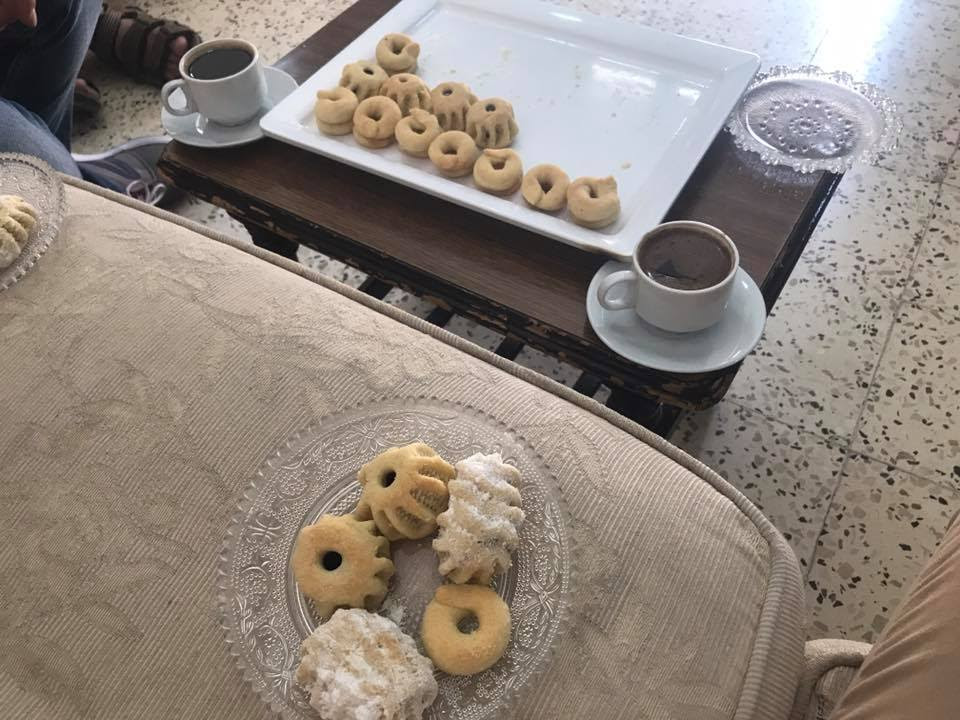 FOR MORE INFO & TO DONATE
CLICK ON THE LINK BELOW
https://igg.me/at/qW8w8dJCkfM