â€œI need to know what youâ€™ll be worth when I leave you nothing.â€

As a line only a hustler can love, itâ€™s one of the first and most powerful in an exchange between Jim Bennet (Mark Wahlberg) and his dying grandfather (George Kennedy).

Setting up its tone, Rupert Wyattâ€™s â€œThe Gamblerâ€ differs from the original version released back in 1974.

â€œThere was a fundamental difference for me when I read the script as I knew of the original. I saw more the notion of what itâ€™s like to be a gambler in this world today, especially in western society with the win-lose mentality. Sink or swim.â€

As the above was expressed by director Rupert Wyatt, the changes donâ€™t stop there.

Letting loose on his thoughts and take-in from the story, Mark Wahlberg also expresses his interesting role-twist. When asked about some of the characteristics pertaining to Jim Bennet, he followed up with: â€œIt was very different from anything that I had done before. I am use to playing the guy whoâ€™s an underdog as opposed to the guy who has everything whoâ€™s trying to strip all he has in order to become an underdog.â€

In â€œThe Gambler,â€ Jim Bennet is a man whose life of wealth, education and privileges wind up working up a case of self-loathing behavior that starts an intriguing pique of interest among the opposite.

One of few obvious stand-outs to Jim Bennet was greatly appreciated by a fellow cast member in Michael K. Williams (Neville). â€œI canâ€™t tell you how relieved I was when I got to the set and saw he (gesturing to Mark) had lost sixty pounds. I was freaking out. I was like: I gotta get to the gym. I gotta get to the gym.â€ However, on a much more soothing side, he also recalls his gain â€“ and not in form of muscularity when stating: â€œMark is brilliant. This man is amazing to watch and work with. I learned a lot from him. He allowed himself to be vulnerable and to give himself to the character.â€

In its entirety, unedited audio (as provided by yours truly of course) gives you the chance to experience and listen in on interesting behind-the-scenes discussions regarding â€œThe Gambler.â€

Having taken place in a high-rise on Sunday, December 14th, I was lucky to be one of many other outlet reps to join in on the fun. My question was directed to Mark Wahlberg pertaining his feelings on his characterâ€™s redemption. 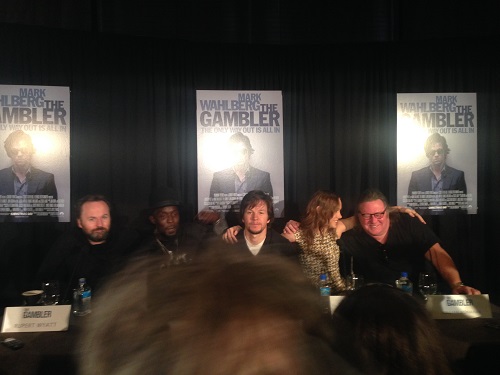 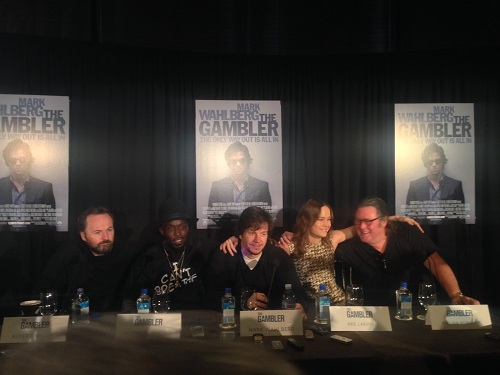 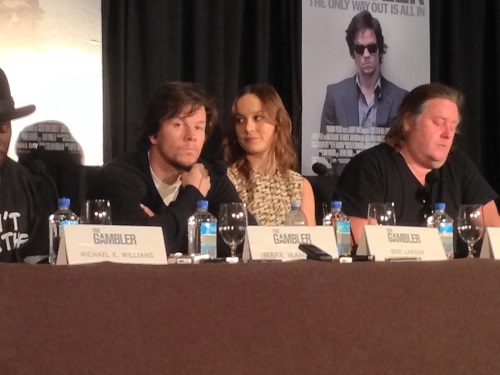 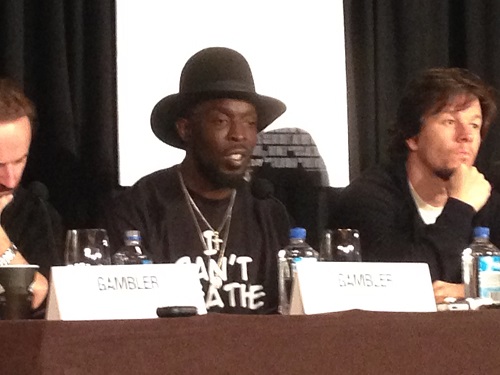 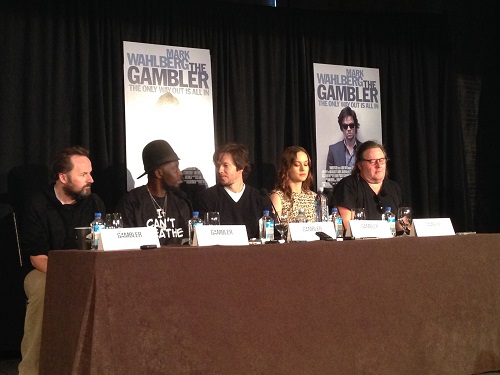