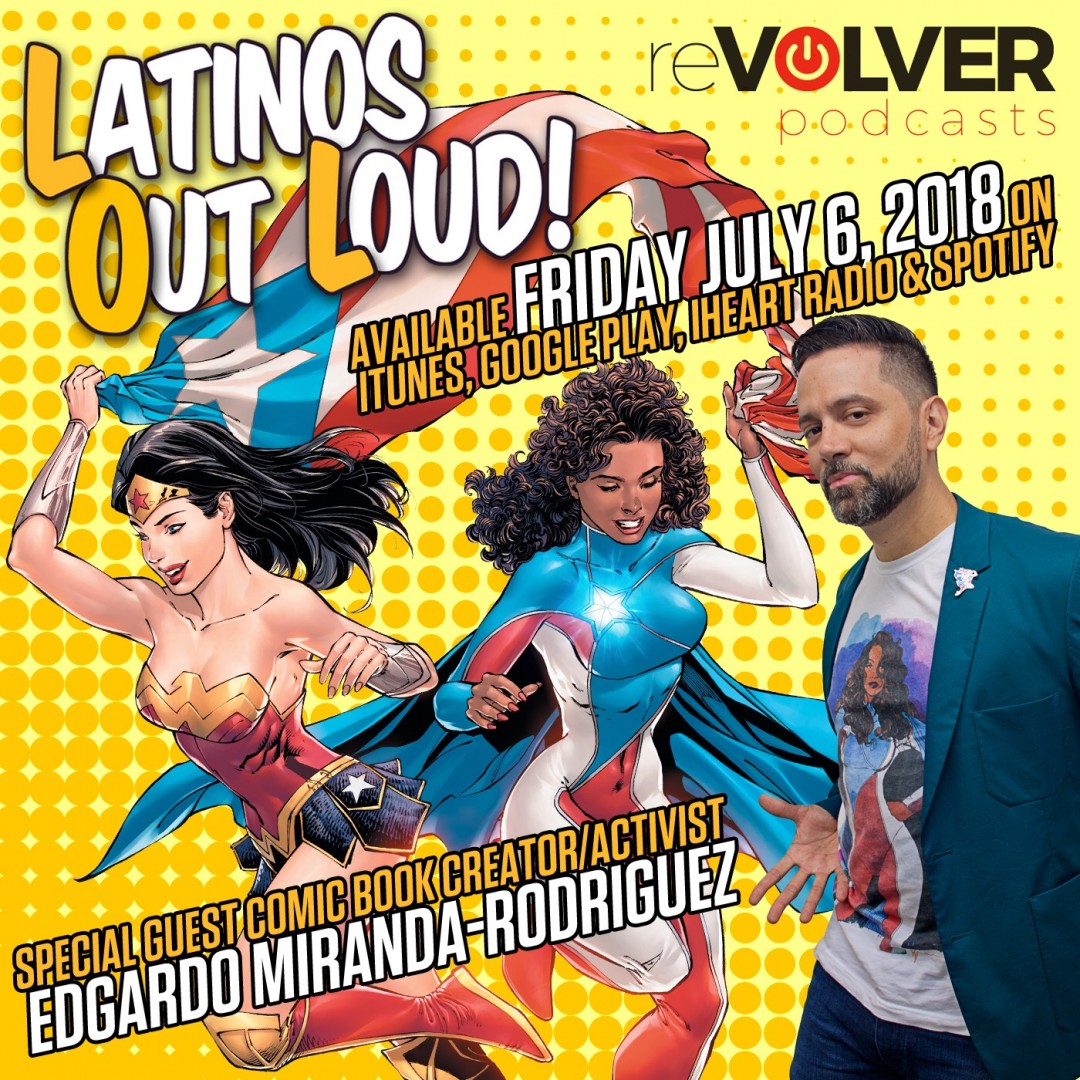 On Episode 27 of the new season on ReVolver, the group talks about Bago’s night at the museum, Jaime’s meet and greet with John Leguizamo, Frank’s runaway Über passenger and Rachel’s maternity photoshoot.

On “Bochinche Bites”, Jaime sinks his teeth into Drake’s new double album “Scorpion” and breaks down a new book about sexual fantasies.

This week in “Frankspiracy News”, Frank reports on a new fast food restaurant in San Francisco where the burgers are made exclusively by robots.

The crew interviews comic book writer and graphic novelist Edgardo Miranda Rodriguez. He tells us about how the comic book that he created, La Borinqueña, got started and eventually became not only a cultural phenomenon but also a nationally recognized symbol for social justice.

Also we end the show with a Que Lo Que Quickie talking with comedian (and occasional LOL guest host) Alana J. about the upcoming show she is performing in with Rachel and a group of other talented female entertainers.