In 2012, California amended its “Three Strikes and You’re Out” (for life) law (enacted in 1994 in response to the tragic murders of Kimber Reynolds and Polly Klass) – one of the harshest criminal sentencing policies in the country. The passage of Proposition 36 marked the first time in U.S. history that citizens voted to shorten sentences of those currently under harsh incarcerated for non-violent crimes. Within days, the reintegration of thousands of “lifers” was underway. THE RETURN examines this unprecedented reform through the eyes of those on the front lines – prisoners suddenly freed, families turned upside down, reentry providers helping navigate complex transitions, and attorneys and judges wrestling with an untested law. At a moment of reckoning on mass incarceration, what can California’s experiment teach the nation?

For all those who say the system is geared to correct those who have done wrong seriously need to take another look at what our prison system is really like. What they convert our fellow brothers and sisters into. Some walk in with Associate Degrees in misdemeanors and walk out with Masters in professional, criminal activities. (Clearly set up for failures!) Should all crimes have their share of punishment? Of course. I’m not trying to say let criminals get away with wrong-doing. However, we really need to look deep within the ways how and who we convict. Lots of shades of grey out there that fail citizens of this supposed great nation.

THE RETURN is a brilliant display of what happens when paranoia takes over. A harsh reality we as a people need to take some blame for as well. We love blaming the government for a lot that goes on in this country, but this aggravating, well-executed documentary shows it goes hand-in-hand. Not only does it affect a non-violent ex-con whose been locked up for years to take on an upgraded, unfamiliar civilian lifestyle intimidatingly difficult to cope with, but balancing out and trying to catch up with an estranged family isn’t easy either, who on the flip-side, are also struggling to catch up having their loved-one around as well. It’s a catch 22 no matter how you put it. Prop 36 has done some good, but there’s much, much more it needs to accomplish before there’s a form of balance seeing as there are still many behind bard in California suffering at the hands of a law that’s appropriate for some, but unfair for others.

Sad, but quite an eye opener, THE RETURN is an educational, straight-forward, in-your-face documentary that needs more eyes, support, and push! 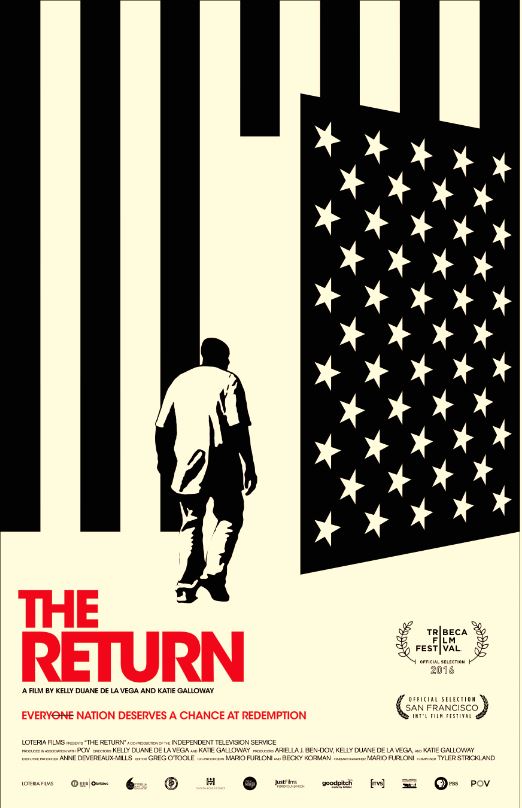