"A Grinchful experience of schemes and charm | DR. SEUSS’ THE GRINCH – Review"

It’s fair to say, aside from Pixar, Illumination is one of the better equipped animation studios to put together beautiful features. When it comes to putting them together, the DR. SEUSS world is perfect. Dr. Seuss isn’t a stranger to the cause. They adapted two other Seuss books into feature films – 2008’s Horton Hears a Who! and 2012’s The Lorax – so, why not continue the trend with The Grinch? It’s inevitably fair. They have creative power to do so. Illumination has dominated the world of animation for more than a decade with sweet and subversive characters and unexpected stories, which also include The Secret Life of Pets, Sing, and most notably Gru and his Minions in the Despicable Me franchise, which has grossed more than $3.7 billion worldwide.

For their eighth animated feature, Illumination and Universal Pictures present DR. SEUSS’ THE GRINCH, a new adaptation of the beloved book by Theodor Geisel (aka Dr. Seuss) that became a holiday classic. In a nutshell, The Grinch (voiced by Benedict Cumberbatch) tells the story of a cynical grump who goes on a mission to steal Christmas, only to have his heart changed by a young girl’s holiday spirit.

Amidst all the grumpiness and cynicism, The Grinch tells a beautiful story about redemption, kindness and the spirit of Christmas. The film is quite enjoyable for what it is. It isn’t reinventing the wheel. However, it serves up a scheming charm. I really liked and enjoyed it a lot. In true Grinch fashion, it’s a piece no matter how many times done over, it’s engaging for what it is. Unlike other Dr. Seuss characters (Lorax, Cat-In-The-Hat, or Horton), Grinch is unique in appeal considering his malicious objective towards one of the most beloved holidays in the world, as well as terms in how he arcs from “villain to hero.”

The film quick, fun, funny, and has the full Illumination animation thing going for added, visual pleasure. It’s the ultimate story of a schemer who’s schemed by fate. Enjoyable for both kids and adults, The Grinch is a feel-good-flick with lots of joy and optimism. 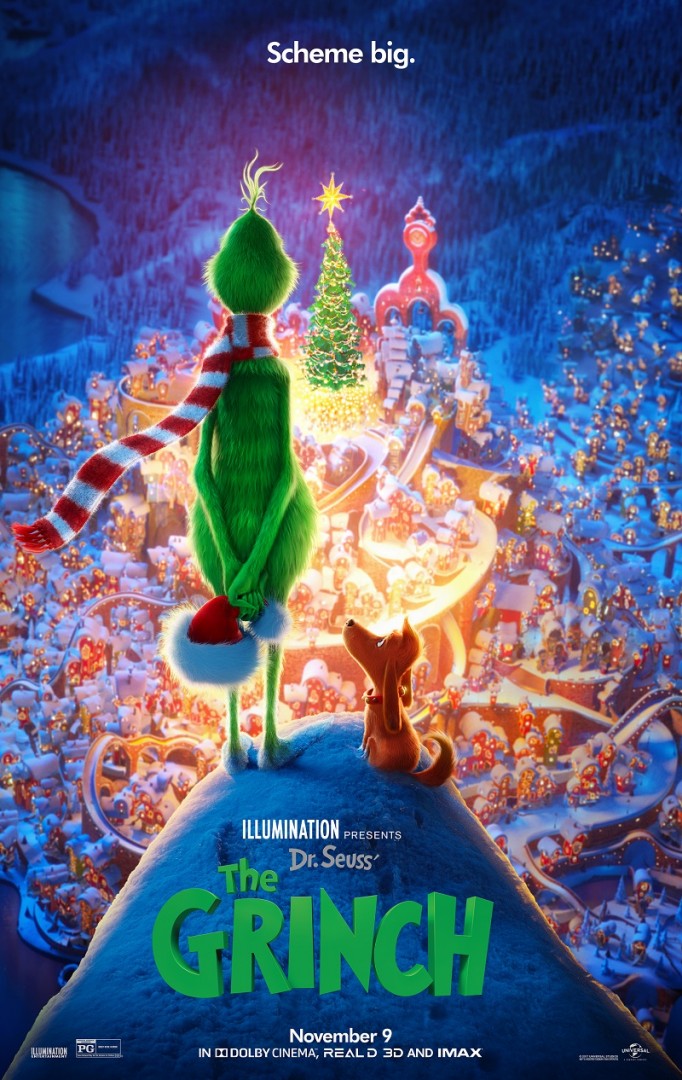