"Another YA Dystopian Flick | THE DARKEST MINDS – Review"

Yep! Another one of those Young-Adult Dystopian pieces. If you’ve seen one, you’ve seen them all. THE HUNGER GAMES, THE MAZE RUNNER and DIVERGENT! All part of an elite book-to-film group. Love them or hate them, these franchises have their money-making, built-in audience: tweenagers! THE DARKEST MINDS is no different. Well, maybe. This one runs along the YAD genre, but unique in the sense of kids running around with powers. Think X-MEN mash-up with any title mentioned at the beginning of this paragraph.

A best-selling trilogy that made enough noise to garner Hollywood’s attention, THE DARKEST MINDS is officially hitting the big screen. Directed by Jennifer Yuh Nelson – best known for her work in the KUNG FU PANDA franchise – in her first live-action film starring HUNGER GAMES alum Amandla Stenberg as “Ruby,” in a turbulent America where 98% of the children’s population has died of a mysterious disease deeming the 2% of the surviving children enemies of the state and forcing them on the run.

To be fair, I don’t really know how I feel about this piece. It’s got something. It’s got an appeal. You name it: gifted kids, struggles to be accepted, those who fear/feel threatened by them, government goons looking to kill them and/or put them to work under their guidance, resistance, romance, big build-up/blow-up, and finally… a calm? (This film never really ends.) It’s all there. Thing is when you embark knowing it’s from the producers of STRANGER THINGS and ARRIVAL, you kind of expect something meaningful. And while there’s an [it-factor] to the story-line and characters, there’s also a bit of a [flat-line]. That flat-line being the script. It’s too safe and jumpy. It doesn’t really dare to be as edgy and dark as its narrative suggests. It’s also layered in a color-by-numbers type of way. It never reaches its climax. All the elements are there for potential, but it just doesn’t really get there.

Clearly, aiming at somewhat of a cinematic franchise spark, THE DARKEST MINDS needs a lot more than a likable cast. I think FOX and Co. will come around to notice what needs to be done to give this franchise legs. To do that means going back to the drawing board and focus on two things: Solid scribe(s) and a ripened director with a grittier vision for a much more impactful exposition. Until then, this will have to do. In the end, the audience decides whether or not this moves forward. 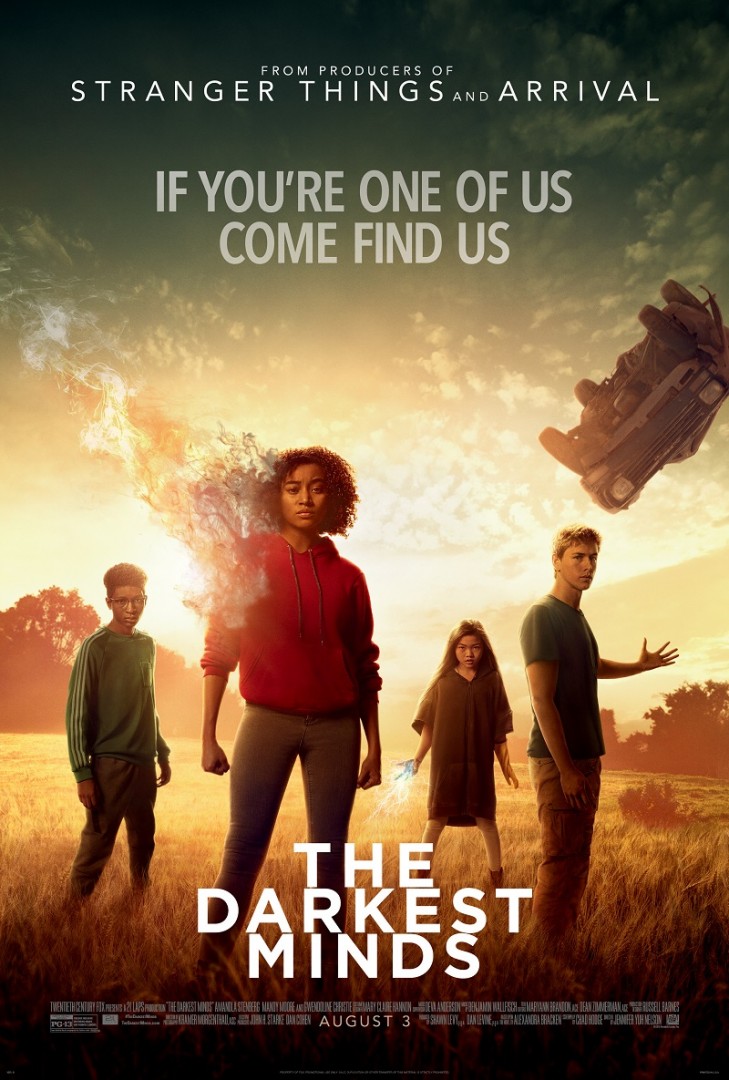