"Beautiful yet boring | THE NUTCRACKER AND THE FOUR REALMS – Review"

With the holidays approaching and its long-lasting, respectful stage adaptations that have charmed audiences for generations, I believe it’s safe to say there’s an anticipated “it”-factor to THE NUTCRACKER AND THE FOUR REALMS. And why not? There’s a princess. There are colorful characters. There’s holiday joy. There’s ballet. There are soldiers. And there are mice. (One who even oversaw the production as a whole.) There’s enough to keep one’s piqued interest abuzz.

In THE NUTCRACKER, Young Clara (Mackenzie Foy) needs a magical, one-of-a-kind key to unlock a box that contains a priceless gift. A golden thread leads her to the coveted key, but it soon disappears into a strange and mysterious parallel world. In that world, she meets a soldier named Phillip (Jayden Fowora-Knight), a group of mice and the regents who preside over three realms. Clara and Phillip must now enter a fourth and mysterious realm to retrieve the key and restore harmony to the unstable land.

Ok… It’s going to hurt you reading this as much as it hurts me to confess it. Here we go… I wasn’t moved by the film! There, I said it.

I might be in the minority with what I’m about to type, but I guess it’s just the way I feel. I was OK with it for what it was. I enjoyed it to an extent. But.. Eh… Didn’t love it. Didn’t hate it. There’s something to THE NUTCRACKER I found myself drawn to. Its mystery and glam was very appealing. It’s pleasing to watch. Lighthearted humor, fabulous production design and charming characters allow it to be fun and adventurous. However, not enough to keep it from flatlining. It didn’t really feel like a fully fleshed script. The narrative is kind of flat, uneven at times and felt rushed. No emotional engagement or drive (with anything or anyone) considering Princess Clara’s situation or stance as a pivotal “protagonist.” Disappointing as well due to its wonderful cast. A cast that was capable of so much more. A Disney spectacle this is not. They’ve had stronger holiday-based/themed films. It had potential to be so much more.

It’s a family-driven piece. One that will generate its crowd once it opens. How strong this holds at the box office or in one’s memory is a whole other topic. Overall, it’s not horrible, but will most likely be added to a list of other Disney downers. 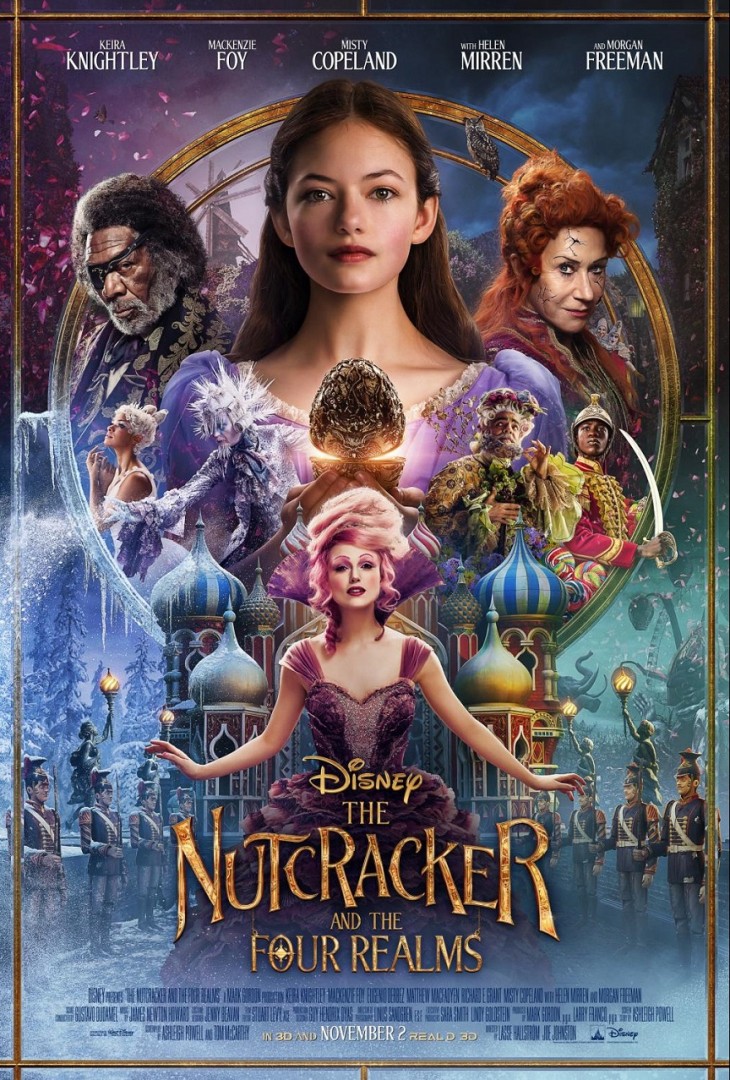