"BEYOND THE LIGHTS: Movie Review"

When you’re a singer on a meteoric rise to the top, everybody loves you and everyone wants a piece of you. With the fame that one could ONLY dream of having, you would think that someone who has it all would be happy, right? In the case of Noni Jean it was all TOO consuming and before her star could reach the top, she was READY to end it at and would’ve â€“ if not for the brave policeman (Officer Kazam Nicol) who saved her life.

Their worlds collide after that chance encounter and they see something within each other that blossoms into love. With a second chance at life, and Kaz by her side, will Noni be able to handle the pressures of the business that almost swallowed her up to fulfill her childhood dreams?

Beyond the lights is a refreshingly realistic look at the draw-backs of breaking into the recording industry, which like Hollywood, is always in search of that next “big thing.” Women have it especially hard because despite how talented you are, and how well you can act/sing/dance (hell even write), women are “expected” to be sexy and sell that fantasy image because sex sells. 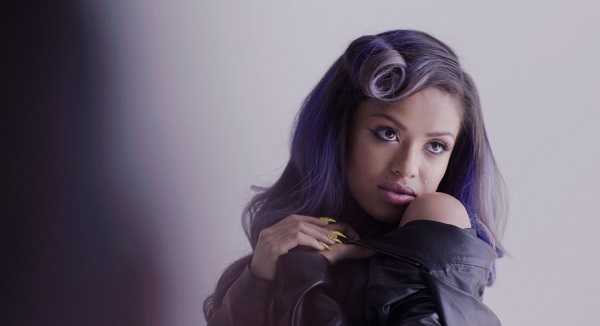 GuGu Mbatha-Raw (Belle, Samantha Bloom on NBC’s short lived action series Undercovers and Clea Hopkins on the first season of Fox’s short lived drama series Touch) shines as the embattled Noni and Nate Parker (Red Tails, The Great Debaters, and The Secret Life of Bees) was very convincing as the boy next door, guardian angel Kaz. The chemistry between Gugu and Nate is great and believable and they came across like young star-crossed lovers who somehow managed to find each other on this over populated planet.

Rounding out the cast are Minnie Driver (Good Will Hunting, Fiona on NBC’s About A Boy) as Noni’s overly involved mother and manger Macy Jean, Danny Glover (the Lethal Weapon movies, The Color Purple) as Kaz’s father Captain David Nicol and rapper Machine Gun Kelly as rap superstar Kid Culprit. I liked the music as well and would like the soundtrack . Â The films facebook page said the soundtrack will be available on November 10th on amazon, but it’s unclear if a physical cd will be released (no listings at Best Buy, Target or Walmart’s websites as of this article).

Beyond The Lights opens in theaters on Friday November 14th.