…And justice for some!

SOUTHWEST OF SALEM dives deep into the case of the San Antonio Four. In 1994, four women were accused, tried, and convicted of sexually assaulting two young girls. Twenty years later, the four women have continued to maintain their innocence, insisting that the accusations were entirely fabricated, and born out of homophobic prejudices, along with a late-90s strange obsession with covens, cults, and its child-abuse for purposes for warped sacrificial-like rituals.

Dismantling the innocent within the same system that preaches its fairness among them, if we’ve seen one documentary about unjust imprisonment, we’ve seen them all. No matter how different their convictions, cases of innocent people landing behind bars narrows down to the destructive imbalances among our justice system. The San Antonio four aren’t any different than the West Memphis Three or Central Park Five, and quite frankly who knows how many others who haven’t seen their form of justice out of injustice.

Director Deborah S. Esquenazi brilliantly tells a toxic tale mix of discrimination, familial dysfunction, religious/political paranoia, and a system full of biases. The end result? Well, it leads to this documentary’s powerful exposure of yet another way the nation failed its citizens. Upsetting and informative, SOUTHWEST OF SALEM captivates and educates in more ways than one can imagine. Rough, rugged, and raw… This (aside from many) is one documentary that cries for our nation’s leaders undivided attention. 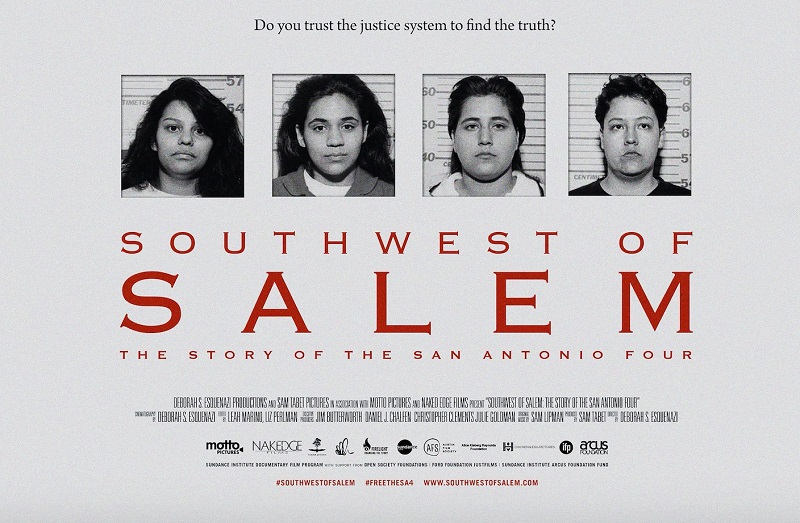