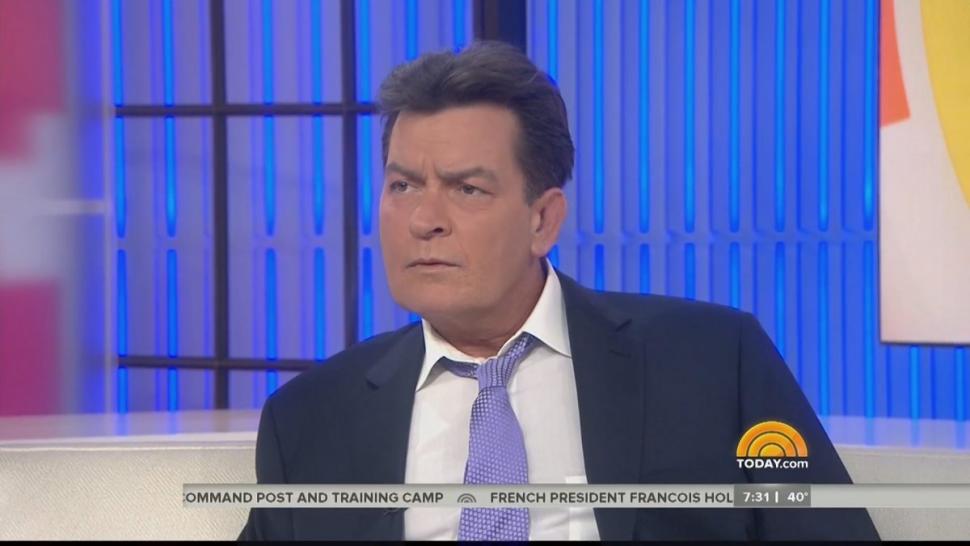 Charlie Sheen has faced the rumors head on and told Matt Lauwer that he is in fact HIV Positive. Was it only me or did he actually sound humbled by having to say that he was. He added that “it’s a hard three letters to absorb”. Sheen went to check himself after getting migraines and sweating the bed two to three times a week made him feel like he may have a brain tumor.

I think it was mission critical for him to hit this head on.  He went on to say that he had told some “close” friends, but they in turn began to leak the information and tried on occasion to blackmail the Anger Management Star.  Four years is a long time to live with that information and keep it out of the public eye. Especially when you are as big a star as Charlie Sheen is.

On yesterday’s post on this same matter our users commented “who cares”. I think it’s much more than that. Maybe him coming out and saying it is his first attempt to get the public sympathy IF the other rumors are true about his knowingly sleeping with women and not telling them. But according to him, he has told all his sexual partners and has infected no one.  If that’s the truth, then bravo. That’s the responsible thing to do.