After a thorough, year-long investigation comes up empty for a woman that’s gone missing, superstitious stakes are raised into a realm of supernatural existence. Seeking her out in the same place where she went missing (alongside other unexplained occurrences), the location known as “The Devil’s Well” becomes ground zero for a group of paranormal investigators determined to obtain answers. Here’s the catch… They have no idea, or even ready, for the amount of evil that awaits with open arms.

From director Kurtis Spieler… WOE! Jesus H. Christ of Latter-Day Saints this is a freaky flick! Scene after scene, it’s the elevated sense of eerie build-up that serves as the film’s attraction. Running high on mystery, truth be told, it’s always what you don’t know and/or can’t see that has more of a psychological effect than what you do – and that’s part of the fun with THE DEVIL’S WELL. For 90 minutes, that’s what this fright flick exposes.

It isn’t reinventing the wheel. The whole “found-footage” genre’s been overdone, but its uniqueness and swag come from the overall scope of the story, its characters, and a twisted ending I didn’t see coming. (Literally!) It’s a combination of rats in maze undergoing supernatural spookiness!

A bit of a slow burn at first considering getting use to the film’s ambiance and characters, but once it starts rolling, it’s a piece full of unforeseen wickedness. What I enjoyed most is how simple this film is from start to finish. No hard gore, fancy CGI, explosions, or superheroes to help carry it. It’s an overall horror that relies heavily on its awesome cast and creepy hijinks to provide a tight grip on your psyche. It places you within the realm of what’s real, what isn’t, and what lurks between.

I can see this piece garnering a following. One of those underground type of followings films like ATROCIOUS (2010) or V/H/S (2012) generated. THE DEVIL’S WELL holds up very well. And while it may not be for everyone, it’s obvious the approach will be one of cautiousness. But the truth is this little well-crafted, directed, and acted film is certainly a satisfying, psychological mind-fuck. True horror fans will surely gain from it. it’s the magic of talented, filmmaking like this that places a solid spotlight and garners continuous respect among the art of indie flicks.

Available now on DVD and VOD 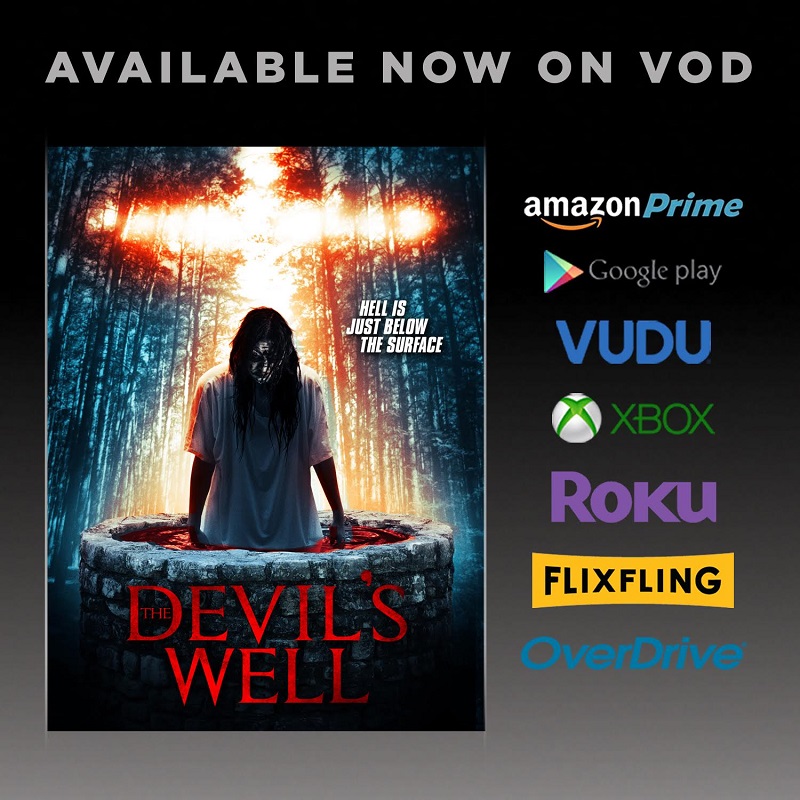