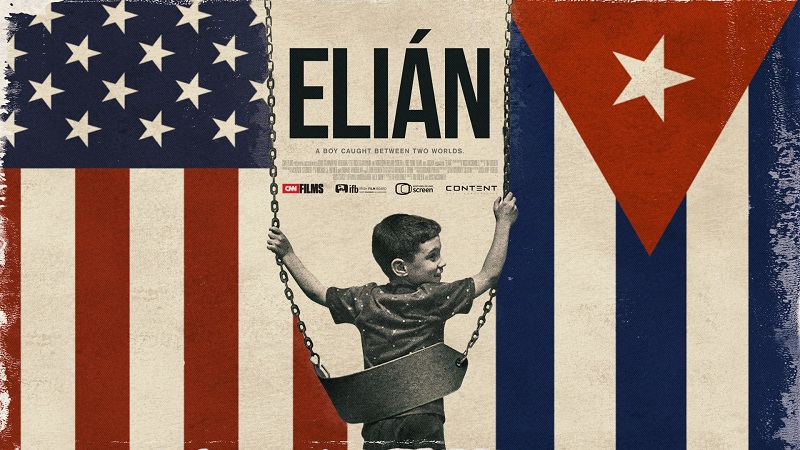 As Y2K began, one news story captured the attention and hearts of nearly every American. On Thanksgiving Day 1999, a young Cuban boy named Elián González was found floating in the Florida Straits by himself after his mother drowned trying to seek refuge for them in the US. Before long, the 5-year-old González became the poster-boy of an intense custody battle between his father back in Cuba and his relatives in Miami, which, in turn, brought attention to the long-brewing political tensions between Fidel Castro’s Cuba and the US. Throughout the news coverage, that one voice that really mattered was too young to join the burning debate: Elián’s. However, eighteen years later, in the wake of Fidel Castro’s death last year, ELIÁN allows the now 23-year-old tell his story, along with other key players, of one of the biggest news stories in modern times.

One thing’s for sure, like most historic events within your existence, you’ll always remember what you were doing or where you were the day you saw and/or heard the US government had snatched him from his caretakers, what followed, and perhaps puzzling thoughts and/or feelings the kid generated throughout the ordeal. Much like most Cuban refugees, no one (myself included) really thought much would happen once he was on US soil. His story of survival was magnificent. It was captivating to the core. No matter what your politics, there was something about the kid that drew you to him and his exhausting, horrid journey. A story that was presented in bits-and-pieces much of the time is finally complete.

Directors Tim Golden, Ross McDonnell do a fantastic, neutral job at exposing what today (still) remains a controversial situation. Step-by-step as we hear from those who were involved in the finding and caring of Elián, we now hear from Elián himself as he expresses thoughts on what he recounts from the entire journey, his feelings on those who cared for him, his dad, and finally his status as a Cuban citizen. But it doesn’t stop there, we also get to see the workings that quickly stood on political grounds, especially during an election year as the US laid just about every possibility on what would be best for the child. We’ve all seen the footage and pictures, but hearing it piece by piece from both ends, it generates an eerie feeling that winds up a catch 22 no matter how you look at it.

Without doubt ELIÁN will generate debate, but no matter what the film is educational, passionate, and full of heart – definitely a must-see film. It’s one that’ll help you view it from an opposite end. One that isn’t pumped by some ratings-filled corporate news entity, or biased prints. Some will take this film as providing sympathy for the “bad guys” (whoever they are), but nothing could be further from the truth. Quite frankly, everyone involved in this piece (including Elián’s dad) have an open understanding as to why things played out the way they did, and when it’s over, you will as well.