“Thank you very much.” – Elvis Presley

On a December morning in 1970, the King of Rock ‘n Roll showed up on the lawn of the White House to request a meeting with the most powerful man in the world, President Nixon. The untold true story behind this revealing, yet humorous moment in the Oval Office forever immortalized in the most requested photograph in the National Archives.

Like most features based on “true events,” ELVIS & NIXON is yet another story viewers need to take with a grain of salt. Whether or not the events played in the manner displayed in this film can be debated, but the fact that these two met is true. I mean, that’s of course unless that ever-so-famous picture is doctored. Either way, playing off more towards Elvis’ desires to meet President Nixon for matters of national security is the turning point for a piece that drags an hour-and-change for a meeting scene that took roughly about twenty-five minutes of film. But it wasn’t all bad. Catchy dialog, quite humorous, and a pleasantly chemistry-ridden cast allows this to be a decent watch.

To say Michael Shannon has no resemblance to Elvis or Kevin Spacey to Nixon is an understatement. However, this somewhat purposeful “miscast” is part of the fun as their talent over exposes their strengths and hides the film’s weaknesses. As a story that unfolds a historic day in America, this abrupt meeting between two individuals on opposite ends of American spectrum is indeed comedic material in film form as I would image it was in real-time. 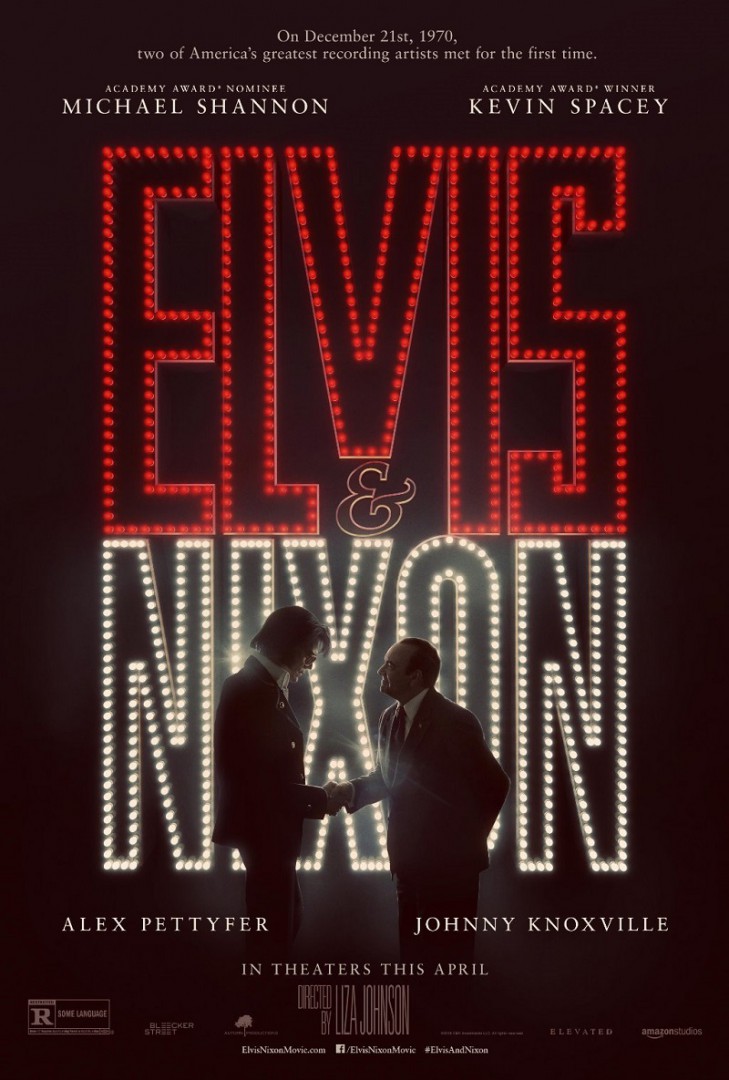