For a while now there’s been mention about how Pixar’s CARS series hasn’t really tapped into the realm of WALL-E, TOY STORY, MONSTERS, INC. or even more recent titles like INSIDE OUT. Truth is, everyone’s got their own opinion and that’s fine. All these titles are heavy-hitters in their own way. Personally, I think CARS has, is, and will always be one of Pixar’s most vibrant titles. It’s its own monster. It’s garnered international clout, a huge following, made tons of money, has sparked major merchandising, and keeps rolling in us. As a whole, the franchise deserves respect.

That said, Lightning McQueen (voiced by Owen Wilson) raced into our hearts more than a decade ago and to this day remains an iconic character. From screens to toy chests, McQueen has had a tight grip upon his fan-base. However, his journey towards greatness wasn’t without speed-bumps. Starting off as a foolish, know-it-all, rookie gettin’ humbled into being a hero in CARS (2006), the franchise seemed to have given him a detour when testing his skills on a global stage in CARS 2 (2011) that ultimately led to an unfortunate road of espionage along with buddy Mater (Larry The Cable Guy). No longer a rookie or having his wheels caught in international affairs, McQueen is back!

Blindsided by a new generation of blazing racers, the legendary Lightning McQueen (Wilson) is suddenly pushed out of the sport he once dominated and loves. To get back on that road, he will need the help of an eager, young race technician – Cruz Ramirez (voiced by Cristela Alonzo). Providing her own plans to win, plus inspiration from the late Fabulous Hudson Hornet, and a few unexpected turns, proving that #95 isn’t through yet will test the heart of a champion on Piston Cup Racing’s biggest stage!

From the start, the story doesn’t hold back on what it wants to get across. It’s a mature, real-life approach on champions. Although McQueen has been in the game for more than a decade, he’s struggling with the kind of issues a lot of athletes sadly encounter later in life: shall I go out on top or on a limb? The harsh contrast to McQueen stems from the latest designed cars that are smooth, sleek, aerodynamic, and full of thrusty attitude. An updated, edgy approach we never saw in prior films.

Serving as a voice-of-reason, Cruz Ramirez not only stands out as one of the franchise’s newcomers, but also makes her mark. (Even among the more ripened crew.) One that can serve its own purpose (considering her story-line), but that’s another subject. As a whole, I loved it. Much better than its spy-spoof sequel, at its core, CARS 3 is a well-crafted story of mentorship, learning to give up your ego in order to help boost someone else’s esteem, and accepting the reality of aging and how it can serve as redemption. Adding to its charm, the film’s surprising and sweet twist allowed me to enjoy it a lot more. CARS 3 is a joyride revved up on wit and wisdom. 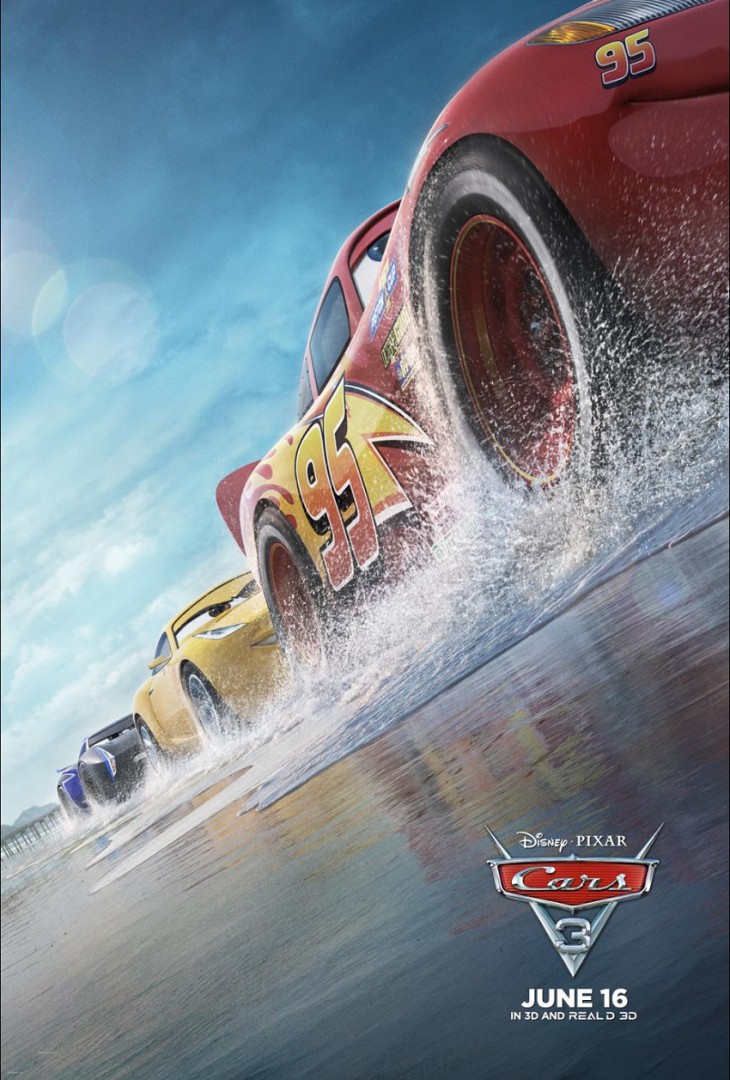