Del Toro’s the only reason this flick has ANY credibility!

Whether visceral criminal, or folk hero, a quasi-bio-pic about one of the most notorious drug-lords in the world rattles a soul, including El Chapo’s!

ESCOBAR: PARADISE LOST begins in 1991, when Escobar, on the eve of his reluctant, negotiated surrendering to the police, taps jittery, young Nick (Josh Hutcherson) to do a couple of last-minute errands: stash the bossâ€™ treasure in a secure location, then kill a man. That simple!

The flick then flashes back to the â€œparadiseâ€ era a few years earlier when Nick and his brother, Dylan (Brady Corbet), first arrive on the Colombian coast to set up camp and a business. Shortly after settling, getting to know the locals, and garnering some comfort, Nick falls for a beautiful girl, Maria (Clauda Traisac), who turns out to be the niece of Pablo Escobar, leading to a default engagement to the notorious Colombian cartel.

Inspired by true events, the narrative often tries to simplify a scenario too complex for something way beyond menacing. Embarking on clichÃ© cat-and-mouse chases, paradise is indeed lostÂ considering a decent script full of dark settings, interesting characters, and the unfortunate violation of trust. Structured unevenly, at times it dragged out a lot of unnecessary build-up, however, when it displayed its strengths, it was a pleasant watch, especially with Del Toroâ€™s portrayal of Escobar â€“ charming in some ways, yet visceral in others.

If weâ€™ve seen one drug-lord flick, weâ€™ve seen them all, but when the name Escobar is the first word for a filmâ€™s title, itâ€™d be wise to let it carry chaotic weight. 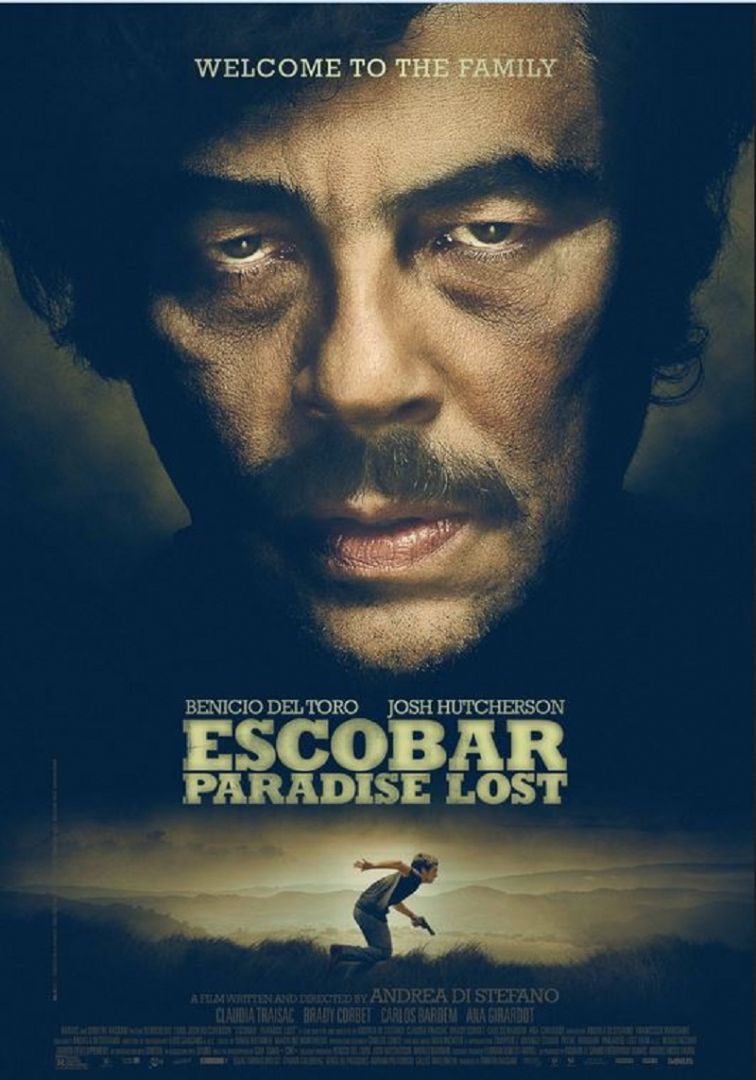