"What is Your Favorite Joe Pesci Character?" 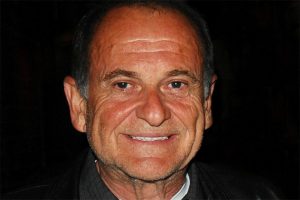 Joe Pesci is undoubtedly one great actor and like all actors, some movie roles were good and some were bad.Â  Here is a short list of what I would consider his breakout roles.Â  Which Joe Pesci role is YOUR favorite?

To me, his most memorable role as an actor, but it could be that Goodfellas is in my top 5 movies ever. His interpretation of a ruthless mobster was impeccable. He even won an Academy Award for Best Supporting Actor in a movie in 1991.

What can I say about his role in this movie.Â  A man with an attitude that he can do whatever he wants. you know why? Let him explain it.

Â Joe Pesci as Vinny Gambini in “My Cousin Vinny”

We can all agree that Marisa Tomei stole the show in that movie, but I personally liked the film. We all knew he was wiseguy funny, but who would have thought he could carry a whole comedy. oh and I don’t like grits.

Ok well another role where his comedic chops were shown.Â  Anyone think this is their favorite Joe Pesci role?

What seemed like a very short role, it was a very weird role; to me at least, for Joe Pesci to play. Agree? Maybe it was the wig.