"Game of Thrones recap: Season 5 Episode 1 – The Wars to Come" 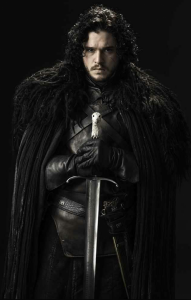 The imp on the run, dragons have returned, one Queen is out for vengenace while another seeks justice, one King looks to unlikely allies for assistance while another is executed.Â  All that in JUST the first episode of the season 5 premiere of the HBO JUGGERNAUT HIT series Game of Thrones.Â  Shall we discuss?Â  OH YES!

Queen Cersei Lannister (Lena Headey) is numb to the core with grief over the death of her father Tywin Lannister (Charles Dance).Â  Now more then ever she wants her younger brother DEAD because it is by his hands that their father was killed.Â  Considering that he secretly conspired with Tyrion’s whore and was bedding her I’d say he had it coming, but Cersei doesn’t see it that way.Â  Just how far will her highness go to avenge her father?Â  With Cersei I’d say as far as need be so keep running imp because she’s after you!

Speaking of the imp, Tyrion Lannister (Peter Dinklage) who was freed at the end of last season by his brother Jamie Lannister (Nikolaj Coster-Waldau) has fled the land with help from Varys the eunuch (Conleth Hill).Â  Tyrion had freedom to gain, but what reason did Varys have for aiding a wanted man?Â  Varys believes that the Mother of Dragons is the key to restoring Westeros back to it’s rightful glory.Â  INTERESTING!Â  I’m fully behind Daenerys not only because she’s my favorite character on the show, but because she’s displayed a command and ruling as fair and just and not out of fear and power.Â  The lands would do well under her leadership and those in power would learn a thing or two about compassion and decency towards those less fortunate.

Meanwhile in Meeran, Queen Daenerys Targaryen (Emilia Clarke) has learned that one of the men from her unsullied army has been murdered.Â  With all the good she seemed to have done for the people of Meeran, it seems her majesty has made more enemies with her actions.Â  She orders her men to hunt down and bring the killers to justice before her.Â  While in her chambers her lover Daario Naharis (Michael Huisman) who is Captain of the Stormcrows (the other army loyal to Daenerys) tells her she can not appear weak in the face of her enemies and convinces her to reconnect with her dragons.Â  Her dragons (minus Drogon the bkack dragon) have been locked away since Drogon murdered a child.Â  The dragons have grown since last Daenerys has seen them, but they do not welcome their mother with open arms.Â  There’s been a disconnected since their imprisonment and the bond she once shared with them is no more.Â  I HOPE she can reestablish that connection because it’s that love between mother and dragons that ultimately separates Daenerys from all others and makes her a force to be reckoned with.

Elsewhere King Stannis Baratheon (Stephen Dillane) after retaking the wall from the enemy now has his eyes set on taking back the north and needs more men.Â  He looks to Jon Snow (Kit Harington) in hopes that he can convince the King beyond the wall, Mance Rayder (Ciaran Hinds) in getting the wildlings to align with him.Â  To prideful to pledge his loyalty to the enemy, he refuses Stannis and would rather burn at the stake then to pledge his loyalty.Â  Wish granted as Mance is indeed burned at the stake.Â  I like my meat well done, how about you?Â  LMFAO!

FYI atleast 4 of the new season’s episodes were leaked online yesterday ahead of the season premiere.Â  NATURALLY I downloaded them (PURELY for watching, reviewing and recapping purposes I swear) so if HBO hasn’t already taken legal action to have the epsiodes to taken down, you G.T.O. fans might be able to indulge in some early viewing of the new season.Â  I wonder exactly how many heads rolled after this incident.Â  I can’t recall if HBO ever had this issue before, but if so it’s been a LONG time since it last happened and it’ll be even longer to it happens again.Â  Anyhow Game of Thrones returns with episode #2 of the season this Sunday at 9pm on HBO.