"Gotham Epsiode #12 – What the little bird told him" 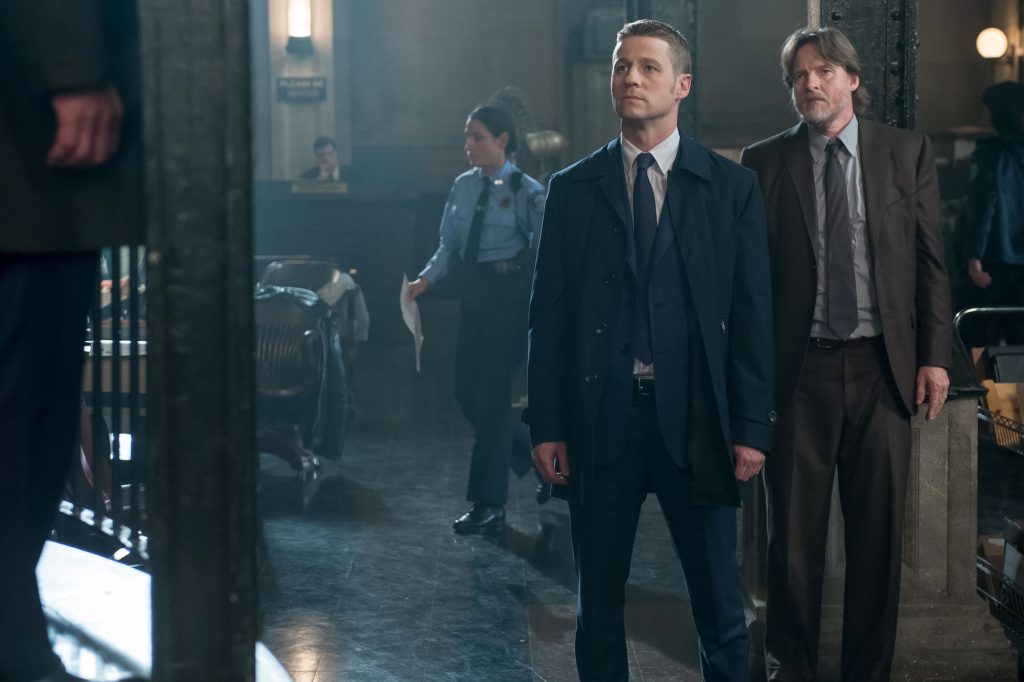 After the prison riot that happened in the last episode, the city is on edge as two escapees are loose on the streets of Gotham.Â  Don Falcone reaches out to Penguin, but has he unintentionally let his secret alliance out the bag?Â  Here’s what you need to know about the next episode:

The mastermind of the escaped duo (dubbed The Electrocutioner by the media) is on a warpath leaving bodies in their wake.Â  What is he really up to, who is he after and will he prove successful in getting his target?Â  Jim Gordon (currently a corrections officer at Arkham Asylum) has convinced the Commissioner to allow him to lead the hunt for the escapees.Â  Will Jim apprehend the suspects and be reinstated as a detective or has he bitten off more then he can chew and be sent back to the slums of Arkham?

Fish Mooney decides it’s time to make her move to push Don Falcone out.Â  Will she prove successful and finally achieve her goal of taking over as head of the family or will she fail and have her plans backfire with disastrous results?Â  The begining of an unexpected romance blossoms and you won’t believe who ends up kissing in a lover’s embrace.Â  Find out all that and more on tomorrow on an all new episode of Gotham.

In addition to the new episode, over the weekend Fox decided to renew the series for a second season and that is GREAT news for the cast/crew and the millions of fans that have been tuning in each episode.