"Hispanicize 2016 from the eyes of a First Time Attendee" 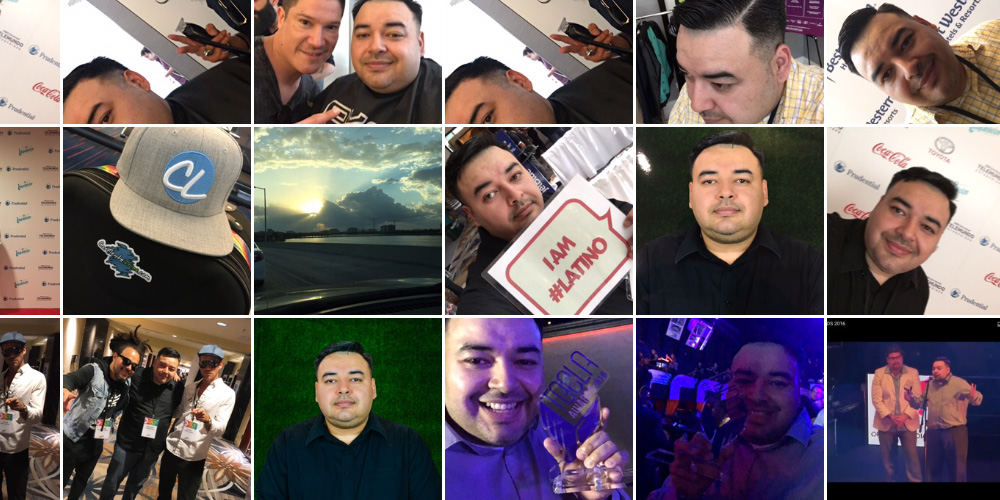 Well, this was my first year attending Hispanicize. I had heard about it for many years and always said “Damn, I missed it. I really need to go next year.” Well this year I heard about it months prior and was still going back and forth whether I wanted to go or not. Let’s be honest. Its a whole week that you won’t be with your family, won’t be around your normal, and a week that you have to go purchase a plane ticket (if you don’t live in Florida), hotel expenses, food, car rental, etc.  All this really crosses your mind as your decision to go draws near.

After talking to my friend George aka Urban Jibaro from Sofrito For Your Soul, I felt good about going. I asked the question many of you have and are probably scared to ask or what not and that is “Is going worth it?” and his response was an emphatic – YES! Since I had been off and on for years about going and missing it; yada yada, I said I would go. Now I had to get all the business in order for my trip down to Hispanicize. Luckily I have a great wife, family and friends that really made the trip simpler than I would have imagined.

I started by purchasing the ticket to get into the event (Yes, I BOUGHT a ticket).  Since I am a member of the NAHJ, I was able to get $100 off of the entrance fee.  I think it came out to about $150 for the ticket to get in.  Now I purchased my flight to get there. Since I love Jetblue, and Jetblue does not fly directly into Miami, I had to go to Ft. Lauderdale.  Not a big deal I thought.  Let’s move on.

Next I wanted to get a hotel room. I started by looking at the hotel that Hispanicize was being held at.  (EYES OPEN WIDE!!!) there is no way im going to spend $300 a night on a room.  After a couple of weeks of panic, I decided to look for an Air B2B. No luck there, Hispanicize took Miami over!  Asking around, my friend Loren’s dad lived in north miami and offered me his place to stay in since he wasn’t living there at the time – PERFECT!  3 things off my checklist off! Hmmm, now for a car. I decided that I would contact my “person” at Lincoln to see if they would be interested in offering me a car to drive around Miami and have me write about my experience with the Lincoln MKC in return for letting me have one for the trip. Eureka! They let me use a brand new 2016 Lincoln MKC for my travels in Miami.

Now let me tell you what happens from the perspective of a first time goer:

Along with everything else, CorrienteLatina.com was nominated for a 2016 Tecla Award for “Best Latin News and Culture” category – and we WON!!! I can’t even begin to explain how amazing that is. It was truly an honor to be nominated, but to win? oh there is no better feeling as a company and your own brand to be acknowledged by your peers and a superb judging committee.  I have always been a little scared for a couple of years to have navigated away from the “Hey we got this new song up” to a more content based platform and this was affirmation that we made the right choice.

Now aside from the award. The questions I would ask myself:

I hope that this helps any one thinking of going to Hispanicize and keeps talking themselves out of it.