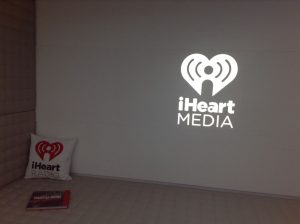 Being successful is not measured by the value of money, but the meaning of happiness. The way of living is often determined by a person’s lifestyle. Many choose the way to live by being materialistic, settling for less or not setting goals. All it takes is a try and you won’t know until you open the door.

Women throughout the tri-state area gathered for a special evening of Media networking at the corporate offices of iHeart Media. It was an evening dedicated to believing, unity and sharing stories of trials and tribulations. Several women of Media and other professions socialized to bring their stories and influenced each other to reach new heights. Some of the stories told were careers unfolded, loss of income, new employment etc. These struggles were a will of survival. During the event, guest speakers from iHeart Media spoke about their struggles, success stories and words of wisdom. Happiness is where the heart is.
Pics of the IHeart Media Women Advancing Career Network event