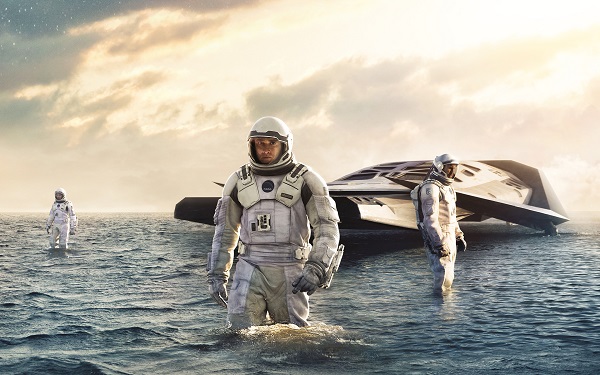 With our time on a futuristic, dustbowl planet Earth coming to an end, a team of explorers undertakes the most important mission in human history; traveling beyond this galaxy to discover whether mankind has a future among the stars.

To say â€œthe skyâ€™s the limitâ€ is an understatement once youâ€™ve taken this ride.

Leave it to Christopher Nolan to work up cinematic kinks that go so far beyond comprehension, the filmâ€™s intel exceeds its own grip! Scientifically enthusiastic and thought-provoking with its twists, but in all honesty, INTERSTELLAR isnâ€™t an easy film to endure. I really needed to digest and reflect on the three hours of my life dedicated to this film. Not surprising either as its Nolanesq, epic appeal is meant to twist your mind, but at its core in terms of saving the human race, the pieces to this intergalactic puzzle of complexity was interesting.

Not that it was meant to be, but in no way, shape, or form expect it to be GRAVITY. GRAVITY was a simple, yet extraordinary film that covered chaos at the hands of mankind, while simultaneously providing so much eye-candy-effects, not since AVATAR has optic orgasm been inevitable. Cuaron took us there and back at the bat of an eye-lash and left you at ease. INTERSTELLAR does the exact opposite, ladies and gentlemen. Layered with lots of questionable levels, the fact that a farmer-astronaut-fantasizer (Matthew McConaughey) would have the abilities to somewhat lead true NASA recruits (spearheaded by Anne Hathaway) seems a bit unrealistic, right? Well, not if your sci-fi adventure is co-written and directed by someone whose entire film career has been based on upping the ante.

Much like INCEPTION, trying to dissect this film will take time, so, I wonâ€™t even go into it as I have with other pieces. Know that you have a cast led by academy award winners doing that artsy thing they do, talking all sorts of NASA jargon, while a supporting cast (mainly Jessica Chastain) ties the links between space and Earth. In some ways it felt to me this piece aimed at solidifying itself as the modern day 2001: A SPACE ODDESY (without Kurbrickâ€™s whacky wisdom)!

INTERSTELLAR is everything and anything weâ€™ve grown to expect from Christopher Nolan. However, unlike his resume of hits (even the simplest ones like MEMENTO), this one has a downfall in which aside from its way too extended presentation (some of which relies too heavily on father/daughter reflection courtesy of McConaughey/Chastain), the script and film as a whole takes time to fully smooth out its layers and start connecting. Once it blasts off (no pun), it starts to feel great in big ways, but getting there is where patches of droning overrides its uneven, epic anticipation. Sure it accomplishes Nolanâ€™s fetish of time-play, character build-up, story-telling, gorgeous scenery and/or effects, pulsating soundtrack â€“ and thatâ€™s part of the fun with Nolan films â€“ but at some point (even his die-hard fans like myself) will start to feel like weâ€™ve been there, done that â€“ and would seek a less-is-more appeal. 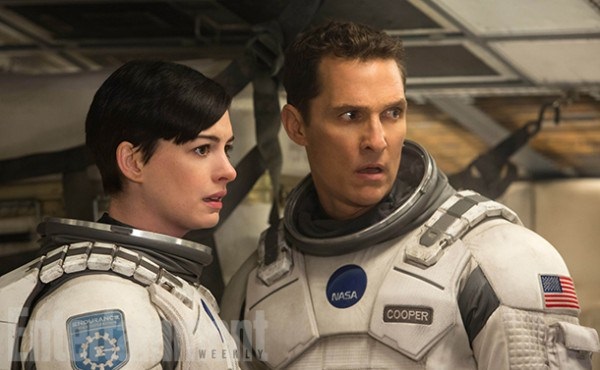 This doesnâ€™t mean INTERSTELLAR is a bad film. Itâ€™s not. It may need a couple of viewings (to be honest), but itâ€™s got its own style and gargantuan appeal, especially if viewed in an IMAX theater (as itâ€™s intended to), so feel free to open up your mind, body, and soul to this. Just know itâ€™ll be one of the most unique experiences at the movies this year. Itâ€™s all there and paid for, so now itâ€™s just a matter of being able to stomach all the spinning, tolerate all the brightness, endure all the dialog, and try to not miss out on any of its pacing as it all ties in with one big question: can the human-race be saved?