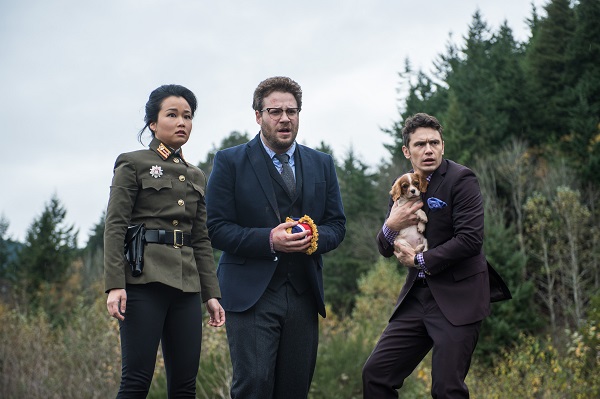 â€œThe Interviewâ€ isnâ€™t worth the stir of political echoes it caused.

When it comes to filmmaking, America is one of few nations that speak the language of satire. Itâ€™s been done for years. Seriously, remember the opening scene for â€œThe Naked Gunâ€ (click here) when we venture into a meeting of the worldâ€™s top dictators? It was like eavesdropping on The Legion of Doom. They were all there: Amin, Gaddafi, Castro, Arafat, Gorbachev, and whatever Ayatollah Iran had in place during the eighties. Moving along, â€œHot Shotsâ€ was another comedy that poked fun at one of the worldâ€™s worst dictators with Saddam Hussein, followed by â€œTeam Americaâ€ with Kim Jung-Il. I mean, itâ€™d be dumb for us and anyone else across the world to think that we wouldnâ€™t use our freedom of artistic expression to use humor in order to set some sort of â€œvantage pointâ€ on whatâ€™s going on in the world today. Itâ€™s who we are. Itâ€™s how we roll. Like it, or not, itâ€™s not going to stop either. I may not applaud all my country does, but the fact that I can type and publish this review without any fear is one of the reasons why Iâ€™m glad to be an American.

Not looking to get into the whirlwind of shit SONY experienced during the last two weeks as weâ€™re all familiar with it, but with inevitable fear came results that wound up not only placing them on the wrong side of history, but theater chains who buckled as well under the guise of fear factor, along with another studio (Paramount) who kind of came off like they had balls looking to re-release â€œTeam Americaâ€ in place of â€œThe Interview,â€ but wound up spineless as well. 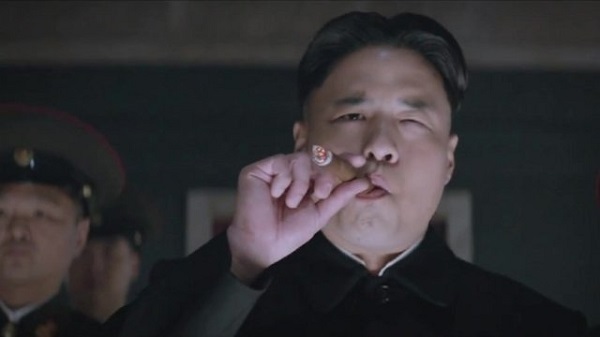 That said, letâ€™s talk â€œThe Interview,â€ folks. This â€œcontroversialâ€ action-comedy tells a story of Dave Skylark (James Franco) and his producer Aaron Rapoport (Seth Rogen) as popular, celebrity tabloid moguls who spearhead a TV show titled “Skylark Tonight.” Always looking to expose the craziest stories, when they discover that North Korean dictator Kim Jong-un is a fan of the show, they land an interview with him in an attempt to legitimize themselves as journalists. Amidst celebrating their ultimate, surreal deal Dave and Aaron start prepping to travel to Pyongyang. Stopping them in their glorious tracks, plans change when the CIA recruits them in an unimaginable mission to try to kill Kim Jong-un.

So we think and were told a miniscule part of the globe yelled foul-play and made threats, but here we are with the movie that exposes a whacky premise and links it with the same humor and themes that have made successes out of Seth Rogen and Evan Goldberg as comedic filmmakers. While the real-life outcome from putting this movie together was likely something the duo couldnâ€™t have foreseen, the actual movie is dumbfounded fun, with only specs of hints upon the nationâ€™s true existence. 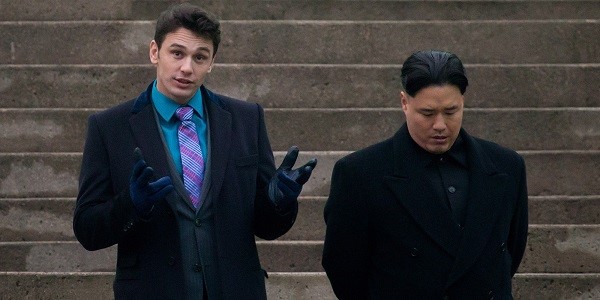 With its blend of chaotic chuckles, good one-liners, and bloody outcome we need to keep in mind this version is the one thatâ€™s been toned down a bit. According to reports, this movie was a lot bloodier and visceral. Scaling it down may have been what caused this movieâ€™s downfall to a degree because while Rogen and Franco are its saving grace due to chemistry and crude jokes, I was expecting more of a menacing manipulator at the hands of Jung-un (Randall Park), taking it to uncontrollable levels of mind-blowing fun. But it is what it is and truth is this movieâ€™s not meant to be taken serious.

A step down in terms of humor from earlier titles mentioned, the downpour of â€œThe Interviewâ€ may serve as its power seeing as it became somewhat taboo to even see this movie. Generating popularity around the world is what will make this one of the most sought movies as we enter 2015. I even heard a report of some human rights organization that works off a certain border of South Korea looking to place copies of the movie in balloons and fly them across to North Korea in order to expose locals to the lies they live under. Is that possible? I donâ€™t know. But it is mind-boggling to think that a comedy starring Seth Rogen and James Franco would be aâ€œbreak-throughâ€ piece in possibly causing a revolution in that part of the world.

In the end, this was all hype and hoopla on something that really wasnâ€™t worth it. â€œThe Interviewâ€ is an entertaining movie, but by no standards a good one. Sure it provides laughs, but not all jokes hit. Honestly, Rogen and Goldberg can and have done better (â€œThis is the Endâ€). However, in order to avoid the feeling of having been dictated to, I totally recommend watching it at some point in your life.