This live action theatrical feature, in association with Nickelodeon, is slated for release in 2019.

Isabela Moner is set to star in the titular role in Dora the Explorer, it was announced today by Paramount Players. Based on the long-running hit Nickelodeon animated series, the live-action theatrical feature will follow a teenage Dora – accompanied by her best friend, the monkey Boots, and her cousin Diego – on an adventure. James Bobin is set to direct from a script by Nick Stoller and Danielle Sanchez-Witzel.

“We are thrilled to have found our Dora in Isabela,” said Brian Robbins, President of Paramount Players. “Dora has long been a celebrated, strong heroine in animated television, and like Dora, Isabela has an incredible spirit and is an advocate for positive values. With our partners at Nickelodeon, we look forward to continuing Dora’s story for generations to come.”

Added Moner: “I’m honored and excited to bring Dora to life.  I grew up watching the show, and for me, especially as a Latina, Dora was an amazing role model – she is a strong, adventurous and fun-loving girl. I can’t wait to put on the backpack and begin her next adventure!”

Launching in 2000 and running on Nickelodeon, Nick Jr., and CBS, the original Dora the Explorer series followed the adventures of a seven-year-old Latina who travels through a fanciful world with the help of a talking Backpack, an anthropomorphic Map, and her best friend, a small monkey named Boots. The film version, which will shoot in Queensland, Australia, will be a live action adaptation of the show. The film is scheduled for release August 2, 2019.

Moner most recently starred in Paramount Pictures’ Transformers: The Last Night. Next, she will star opposite Benicio Del Toro and Josh Brolin in Sicario: Day of the Soldado and Paramount Pictures’ Instant Family alongside Mark Wahlberg, Rose Byrne and Octavia Spencer. Her prior credits include: Middle School: The Worst Years of My Life, Nickelodeon’s Legends of the Hidden Temple: The Movie, the voice of “Heather” in Nut Job 2: Nutty by Nature, as well as starring as “CJ Martin” in Nickelodeon’s series, 100 Things To Do Before High School. 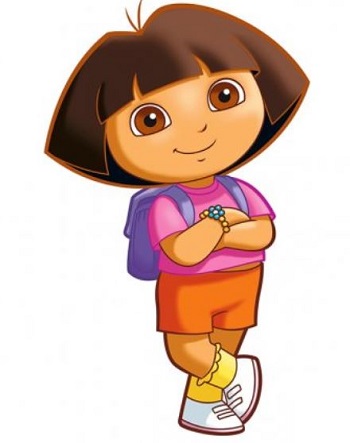