When the island’s dormant volcano begins roaring to life, Owen (Chris Pratt) and Claire (Bryce Dalls Howard) mount a campaign to rescue the remaining dinosaurs from this extinction-level event.

First-and-foremost, FALLEN KINGDOM is fun. It’s not the greatest Jurassic of them all, but it’s one that holds its own considering dips. It’s a cool summer flick, and a worthy addition to the ferocious franchise. This sequel continues where its predecessor left off, then ventures out into a new direction a-la-Bayona, stomping the tradition a tad further than any of the flicks before it. The plot was simply OK, because while enjoyable, it felt like the flick’s story stumbled a bit in allowing it to expand it to its full carnivorous capacity. However, it doesn’t reap the audience from benefiting upon impressive visual-effects and rambunctious, enticing cinematography. On the flip, Pratt and Howard continue to enlighten with their jovial chemistry.

The highlight of this chapter has to be how the series has finally made dinosaurs scary again. Something the previous film lacked. Therefore, worth a watch, edge-of-your-seat kinda experience. The MVP of this chapter is the ever-so-fierce Indosaurus! A genetically modified dino who adds a dark layer to a pretty decent sequel full of silliness. The core of this story, as always, displaying humans are stupid and greedy (No matter how smart), and dinosaurs always finding a way to outsmart them. Overall, it isn’t a bad experience. The open ending leaves room for us humans to work up thoughts for these majestic creatures making comeback. Until then, enjoy this roaring thrill-ride! 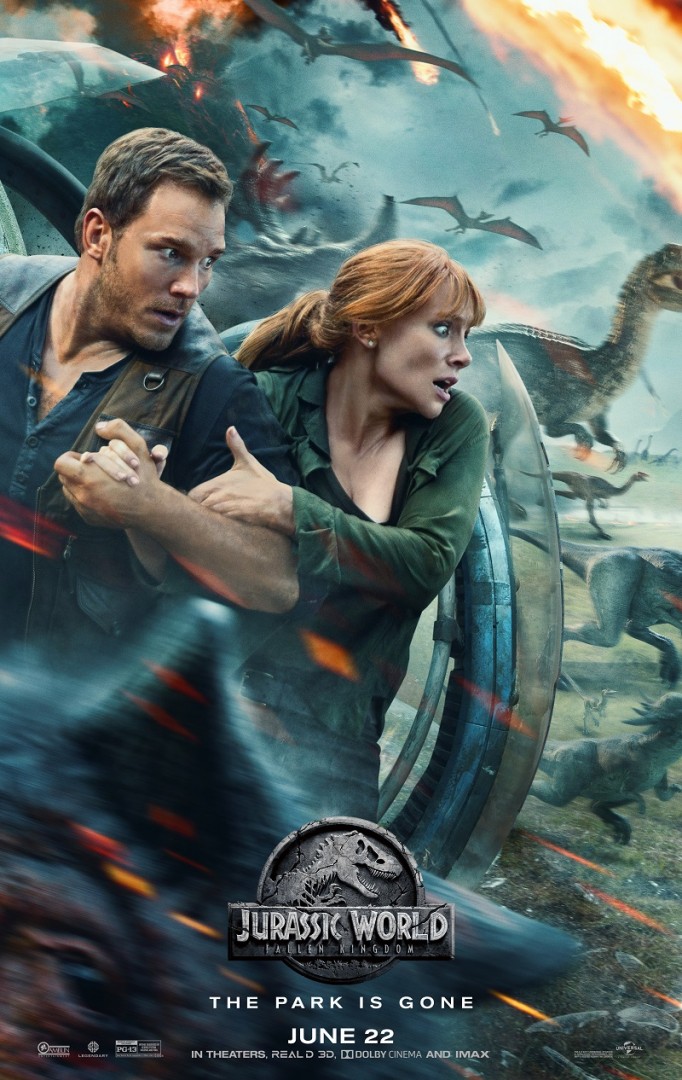