Clear your head and focus on the following: The iconic intro of “We Will Rock You,” the thumping, head-bopping bass riff of “Another One Bites The Dust,” the mesmerizing vocals of “Bohemian Rhapsody,” the unforgettable chorus of “We Are The Champions”… Who isn’t motivated to sing when they hear these classic anthems? Who can’t fail to stomp their feet with such forceful beats? Who can forget 1985’s Live Aid concert when Freddie Mercury strutted onto the stage and sent the dense crowd into a vocal, feeding-frenzy of sing-along?

It’s been 25 years since his passing and flamboyant, Queen front-man Freddie Mercury continues to live through their music. Now a motion picture biopic, BOHEMIAN RHAPSODY stars Rami Malek (“Mr. Robot”), who dons the flashy costumes and grips the stick and takes its audience on an extraordinary exposition on the ups, downs and in-betweens of Queen and the man himself.

Not enough words to describe how much I enjoyed this film. Not only because it opens on an intimate look into the life of one of the world’s most iconic pop-stars, but also the many memorable links its backdrop has on my life growing up listening Queen’s music, especially one that entails watching the joy it brought my mom when their music played. She danced and sang and lived their music like it was her last day on Earth. (Teary-eyed nostalgia!) Outstanding on multiple levels! Kudos to Rami Malek on a pretty good performance. It’s an emotionally-driven biopic. One that takes you on a journey full of artistic/personal hardships yet balanced beautifully with performances that serenade the soul. Most notable, the Live Aid performance. What – a – rush! It’s a pretty moving concert film that can only be enjoyed to its fullest when watched at a theater, preferably IMAX or RPX! Mind-blowing as it’s designed to place you on stage with Freddie as he works his magic. Passionate, powerful piece!

I also appreciate Singer’s approach on not glorifying the darker side of Freddie’s life. Although touched upon, the focal point of the film is based on the individual. His life isn’t a secret. We all know about his darker moments and reasoning for passing. BOHEMIAN RHAPSODY celebrates his existence. Now, on the flipside, questions do arise about how much of the film spends time on Queen as a band. That can trigger a downfall feeling. Is the film about Freddie? Or is it about Queen? Lines are blurred as the film plays along, but it’s still a charm to take in. One with a cameo by Mike Myers with an inside joke, as well as end credits that keep you seated as it provides a visual treat I suggest you sit through. BOHEMIAN RHAPSODY doesn’t reinvent the biopic wheel, but its unique style grants it respect. It’s an enjoyable piece. The film will generate a following. The result lies within those who take it in. Either way, fan of the band or not, there’s no denying Queen and Freddie are a cross-generational, multicultural and global phenomenon. 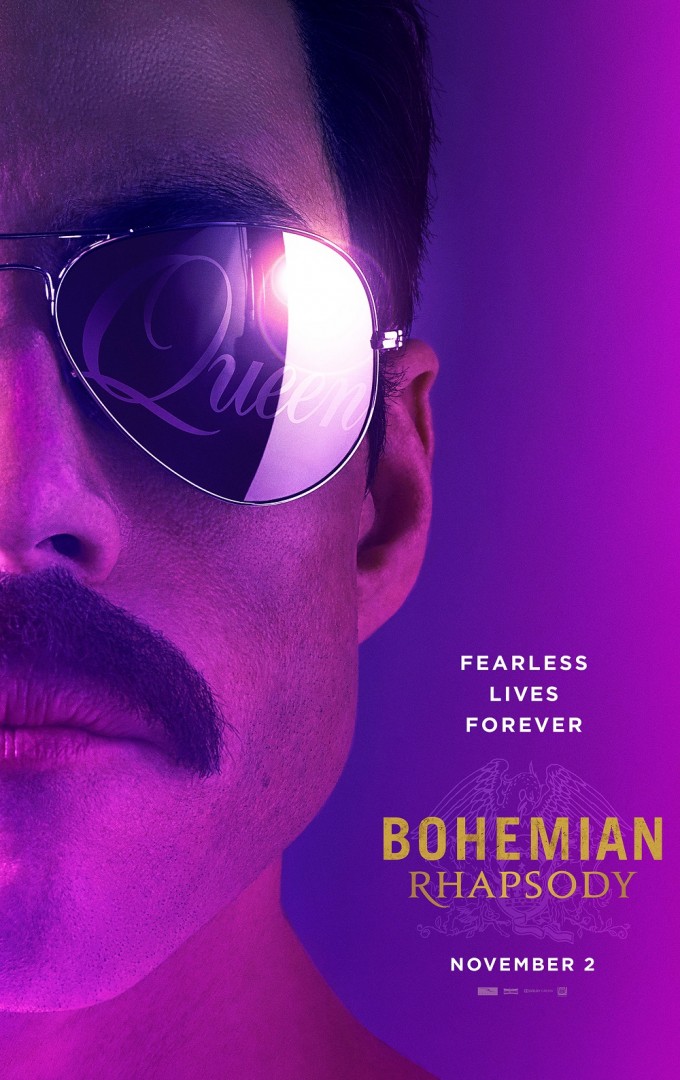