Thereâ€™s crazy, then thereâ€™s completely out of your fuckin’ mind!

Jake Gyllenhaal is in two of the best films Iâ€™ve seen this year: ENEMY (released back in March) and now NIGHTCRAWLER!

NIGHTCRAWLER is a brain-rattling thriller set in the nocturnal unpleasant streets of LA. Jake Gyllenhaal stars as Louis Bloom, a driven, impulsive man craving work who comes across the high-speed world of LA crime journalism. Encountering a clique of freelance, guerilla camera crews (spearheaded by Bill Paxton) who shoot crashes, fires, murders and all sorts of other atrocities, Louis muscles into the cut-throat, soul-surviving, dangerous realm of â€œnightcrawlingâ€ â€“ where each LAPD scanner call equals possible victims who (depending on how horrid the situation) can be converted into cash. Overseen by Nina (Rene Russo), a seasoned pro of the blood-sport that is local TV news, Louis obsessively thrives, ultimately luring him into a deeper, darker world of cynicism that eventually catches up to him.

Right off the bat let me say the failure known as PRINCE OF PERSIA serves as a blessing in disguise for Gyllenhaalâ€™s career. Otherwise, it wouldnâ€™t have shifted him into a realm of much more appealing and challenging roles weâ€™ve seen throughout the last couple of years. Is going commercial good? Sure. However, it isnâ€™t meant for everyone. But truth is this is another topic not meant for a review. 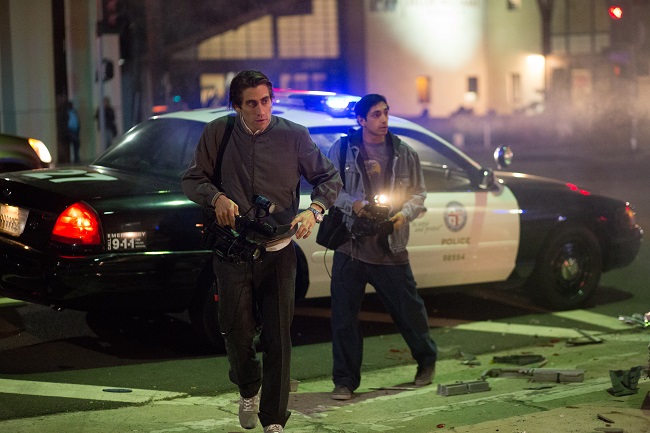 While it starts a wee bit slow, NIGHTCRAWLER morphs into a grungy, cynical piece of go-getting cojones! Sprinkled with dark delights from start to finish, this riveting piece provides an engaging arc of struggling success by any means necessary â€“ even if it means breaking rules on an already rule-breaking, underground society. Structured well, while elevating Gyllenhaalâ€™s talent, this film will remain in the minds of everyone next time they’re watching FOX News, CNN, MSNBC, or whatever manipulating news outlet they watch.

To an extent, metaphorically, NIGHTCRAWLER presents a (possible) unique, cash-for-chaos hustle on a day-and-age where contrary to dropping unemployment numbers, opens up an eye on odd-jobs others take on for a buck. While on the flipside, exposes a nasty reality of how news organizations embrace horror for ratings and a morbid-like respect on their kind of journalism.

Considering its interesting, well-preformed, supporting rolesâ€¦itâ€™s Gyllenhaal who once again carries a torch of raw talent. This guyâ€™s been growing on me for the past couple of years and this gritty tale of American hustle only leads to more wonders of how far he can go in terms of characters. His levels are often tip-top as he builds them up in every single film Iâ€™ve seen as of late. NIGHCRAWLER takes you on a bizarre journey into the abyss that is Gyllenhaal every time Louis opens his eyes wide in order to get his maniacal mind across. Whether it be with Nina (Russo), his newly appointed EVP/side-kick (Riz Ahmed), competition (Bill Paxton), or the law itself, thereâ€™s a twitchy, intelligent psycho we see Gyllenhaal release thatâ€™s just so fucking good, you want more and more and more of it. 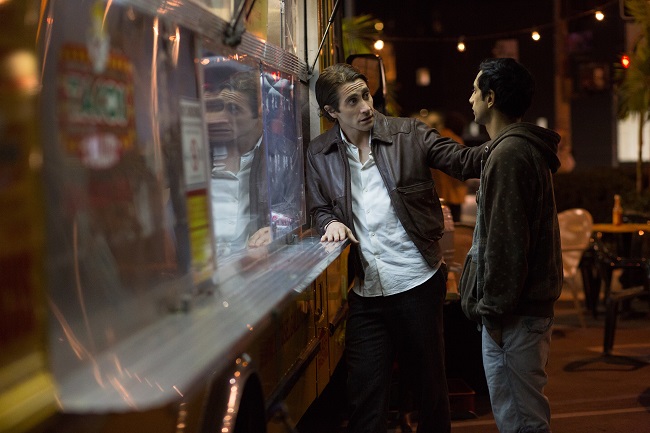 Droning scenes aside in its first act, NIGHTCRAWLER survives on its own as one of the best thrillers this year. Its intertwined energy of will and drive presents insanity thatâ€™s understood, leading to the ultimate taboo of praising an antihero â€“ and thatâ€™s most (if not all) of the fun and engaging elements with this film.