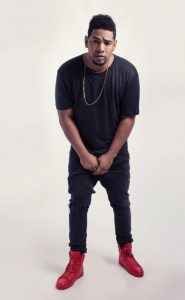 The phenominal producer RamÃ³n Estix Taveras MejÃ­a better known as Nitido en el Nintendo is now part of the La Oreja Media Group family. His association with them involves management of his publishing as well as his career.

Along with his work with many artists, Nitido has also been part of 3 movies in the Dominican Republic helping with the music for them. The young 25 year old has also started his own company; Rey Music.