"Noztra to start his first media tour in the Dominican Republic" 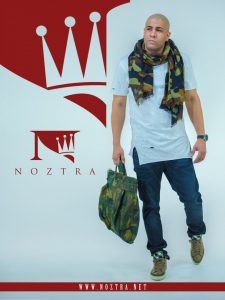 The select few got an intimate listening session that included five all new tracks by the Dominican born Brooklyn raised Noztra. The group convened in one of the private studios and were welcomed by Noztra himself as he spoke about his past career and why returning to music now was the perfect time for him. Methodically he set the tone explaining how each track came about and what he was feeling while recording them and the inspiration behind them.
What came out was the selection of the first single from his expected full-length album “Dinero, Poder y Respeto” which was “Te Quero Tener”. The single is currently number 3 on Monitor Latino in the Dominican Republic and Noztra and his team felt that it was the perfect time to begin his Dominican Republic media tour. The Tour includes:

While the song is within the top 10 in the Dominican Republic and moving up the charts in the US.