"Official Look At THE NIGHT SITTER!" 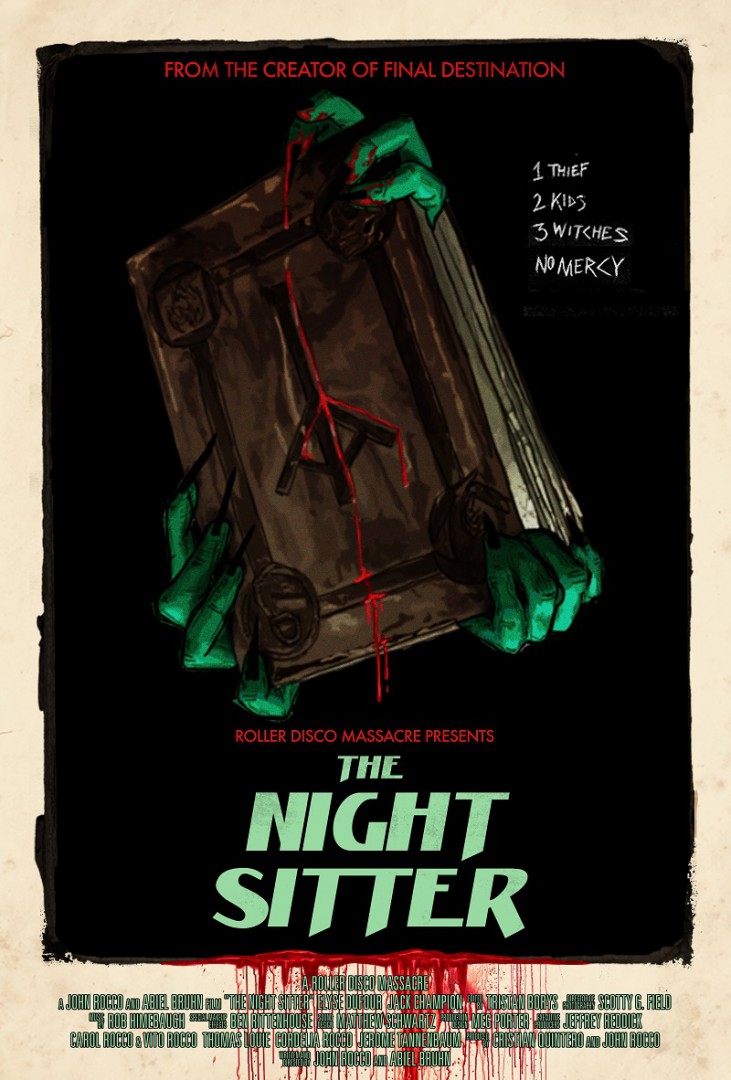 A scheming con artist (Elyse DuFour, AMC’s The Walking Dead) poses as innocent babysitter “Amber” to steal from Ted Hooper, a wealthy occult enthusiast with a reclusive son named Kevin (Avatar sequels). Her crew arrives to clean out the house just as Kevin stumbles upon one of his father’s most prized artifacts and unwittingly summons a trio of witches known as The Three Mothers. As the playful, sadistic witches start picking people off, Amber and Kevin form an unlikely bond and try to survive the night together.

The Night Sitter stars Elyse DuFour (AMC’s The Walking Dead), Jack Champion (soon to be seen in the Avatar sequels), and Jermaine Rivers (from the hit Fox show The Gifted). The film is executive produced by Jeffrey Reddick (Final Destination).