As a kid, I recall having a collection of Disney books. Short stories. Among them, Winnie-the-Pooh. It was a world of magical wonders and gave life to the term “Imaginary Friend.” Lost among these engaging stories, I also recall starting to view my own toys (mostly action figures) in a different way and fantasized what it would be like if they could talk to me and types of adventures we’d go on. A child’s imagination goes far-and-beyond anyone could ever comprehend. SO, yes. That mindset was founded by my exposure to one of Disney’s best childhood stories. One that encompasses innocence and friendship.

Characters Christopher Robin and Winnie-the-Pooh first appeared in a collection written by English playwright turned author A.A. Milne entitled “When We Were Very Young” in 1924. However, it was the publication of “Winnie-the-Pooh” in 1926 that really resonated with readers (like myself) around the world. The book of short stories about the imaginary adventures of the carefree boy, his honey-loving bear and rest of his animal friends from the Hundred Acre Wood, accompanied by E.H. Shepard’s timeless illustrations, is considered one of the most popular children’s books of all time!

Legendary in its own way, there’s always room for “improvement” in a way only Disney can provide. Tweaking the story, in the heartwarming live-action adventure “Christopher Robin,” the young boy who embarked on countless adventures in the Hundred Acre Wood with his band of loveable animals, has grown up and lost his way. Now it’s up to his childhood friends to venture into his/our world and help Christopher Robin remember that loving and playful boy who is still inside.

There are no words to describe how much I enjoyed this film. Its soft appeal with tidbits of adulthood and its life-altering realities are strong enough to generate a palpable effect. Simple and subtle, I found “Christopher Robin” to be one of the cutest experiences this year. It’s a charming piece with a lot of heart. This is a film that’s relatable across the board. Its universal theme of love and unity among family and friends was the structure that kept this film extremely engaging. Great cast and powerful narrative, along humorous, fun and fantastic voice-overs make this piece a winner. A heavily recommended one, if I may add. While every character serves their purpose in enchanting ways, the MVP (for me) had to be Eeyore (voiced by Brad Garrett). 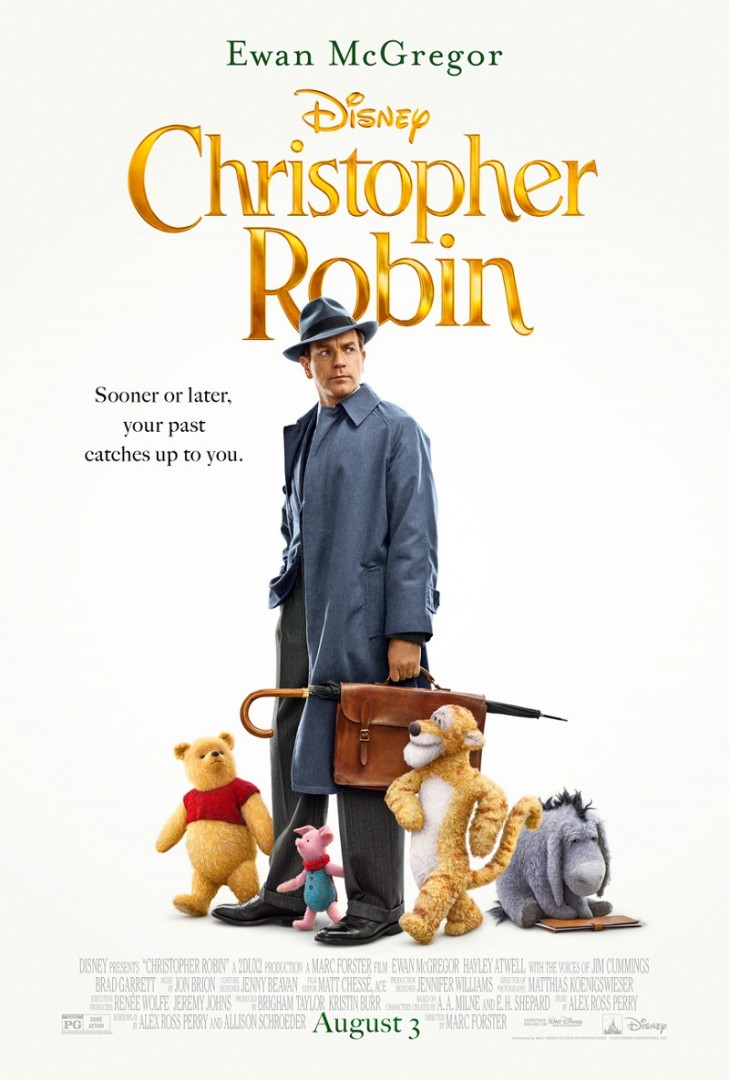