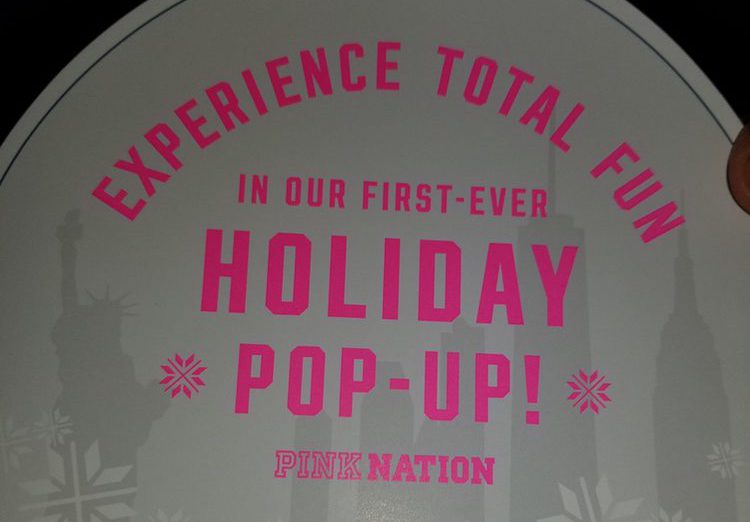 NYC is one of the best places to be in the holiday spirit. Not only is there so much to do, but all of the holiday pop-up shops that will leave you broke. I can’t believe Christmas is right around the corner and so is the end of the year. If you haven’t finished your shopping list, Victoria’s Secret is one of the stores that has several gift ideas. They launched their first ever pop-up for Pink Nation members. The “Snowed In” pop-up is located in Soho (429 Broadway) and open daily until December 17. Members received exclusive invites through the Pink Nation app where they can visit the store, and participate in mystery prize games, photo booth fun and giveaways. You can score several freebies including gift cards, bath bombs and gift cards.