For starters, I wasn’t too thrilled at the idea when I first heard this was being done. But slowly as it unfolded a bit more, and knowledge of John Carpenter being involved, it seemed promising. Its first trailer was released and although reaction was a bit blah, we’d all be liars if we said we weren’t interested to some capacity. Where would they take the story? Piqued interest or not, HALLOWEEN is one of the most well-respected horror flicks in Hollywood. The first, of course. All that other sh*t that came after… Well, let’s just say they were totally unnecessary. But, like most sequels, it was a license to print money, and that’s exactly what happened.

Several sequels (and one Rob Zombie remake later), HALLOWEEN remains one of the hottest, long-living horror franchises ever. Reason being… Michael Myers! Much like the Jasons and Freddys and Leatherfaces and Chuckies of the world, Michael Myers sits on his own throne of badassery. His image alone rattles the spine. With his mask and his dirty gas-station attendant’s uniform, Myers is an intense character whose existence lies within the realm of human being and supernatural. He’s a menacing force of evil. He is harsh, and there’s no reason whatsoever to pray to God. He has a single purpose, and that’s to kill you. Michael Myers is a relentless force of nature. He’s just coming, and all you can do is survive if you can.

Back by morbid demand, HALLOWEEN (2018) stars Jamie Lee Curtis, who returns to her iconic role as Laurie Strode. Coming to her final confrontation with Michael Myers, the masked figure who has haunted her since she narrowly escaped his killing spree on Halloween night four decades ago, this is a battle that’s got forty years of pent-up resentment on both ends with one objective mind… kill!

This movie is still living within me. I absolutely loved it. All of it! I was not expecting this movie to turn out the way it did. Carpenter’s influences are felt, and that was a big plus. I’ve said it before, I’m not a fan of reboots or remakes or rehashes or even overdue sequels, but HALLOWEEN (2018) is a visceral surprise that looks, sounds and feels good in a freakish kind of way. Fully intended to live up to its ripened predecessor (singular!), this chapter wipes the slate clean by slashing all sequels attempting to keep this franchise’s heart beating. This version solidifies itself as the real follow-up. The actual sequel. One with purpose! Paying homage to its origins, clearly it was done in a way knowing a whole new audience would be lured into Michael’s maniacal mind. The most brutal of all, this version of HALLOWEEEN sits on its own throne of chaos as it doubles down on all things Myers vs Strode! It’s rough. It’s rugged. It’s raw. It’s the type of fun only a cinematic, horror psychopath would enjoy.

In many ways, it’s a sick comeback for both Myers and Strode. Jamie Lee Curtis has always been a badass in her own right, but this one ups the ante with how the character of Laurie Strode has morphed into a paranoid yet interestingly sane individual who doesn’t sleep on the idea that one day… ONE DAY… Myers would return. And not to spoil anything, but let’s just say she’s taken her Michael Myers survival training to heart. On the flipside, the same with Myers. This film goes all the way in terms of harsh killing. The hunt has gone to new levels. No sympathy whatsoever for anyone! Myers’ approach in this version is simply bold and brutal. Combine both, followed by an old-school display of ‘80s style horror filmmaking, and you have a film that although contemporary, provides everything we loved from the first one back in ’78!

Is HALLOWEEN (2018) scary? No. I didn’t think so. If you consider that a “downfall,” well, that’s up to you. There are jump-scares here and there (keeping it old-school), but what makes this gorgeous film work is the edge and intensity it rides on. It generates an atmosphere of shock-and-aw as it plays along. At a little under two hours, it covers all bases it needs to by giving its old fanbase what they came for, and new fanbase a newfound respect for the type of character and movie created forty years ago. HALLOWEEN (2018) lives up to the hype and closes a large gap. Go see it! Sure, it’ll have naysayers, but who cares? Michael Myers doesn’t lose sleep over what whiny little b*tches think! 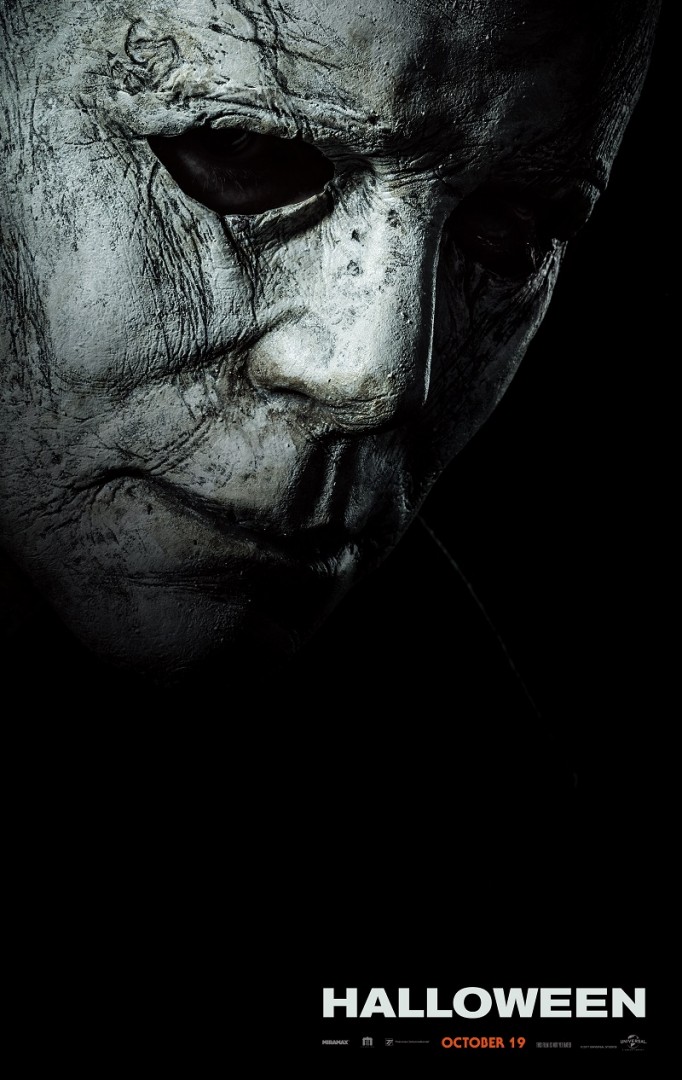