The infatuation with sneakers or Kicks as they are known, has grown more and more throughout the years. They are a symbol of status to some. Kicks is a story of hip-hop and its connection to fashion as told through the the eyes of Brandon (Jahking Guillory),  a young man growing up in a rough Bay area neighborhood.

Director Justin Tipping does a great job showing how some in the Bay area live.  Accompanying the underline tale of man vs bully, rich vs poor, have and have nots, is a quest to get back what you worked hard for and not necessarily in the correct way. The beautiful Hip-hop stitched drama incorporates Hip-hop and its lyrics as the main titles and street story line. 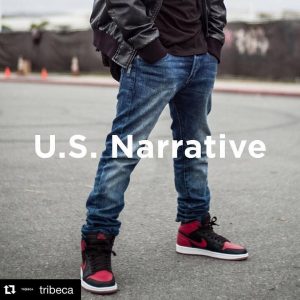 Brandon is what you would consider your normal teenager. He goes to school, hangs out with his friends and and likes to just chill.  In his mind he is less-than when he compares himself to his friends and others. The ultimate status symbol is the sneakers that you wear. His best friends Rico (Christopher Meyer) and Albert (Christopher Jordan Wallace) have high-status kicks and Brandon seen that as it making their lives easier. Soon he gathers up all the money he can and the opportunity presents itself to purchase his own super classic; highly sought after, pair of Jordans become available. While Brandon thinks that his life will change for the better, it doesn’t his prize possessions get stolen by a bully; Flaco (Kofi Siriboe) and thi is where life decisions are made.
It’s family theories on life, it’s friendship pushed to the point of break, its a young man that is always said to be weak because of his physical and economic stature come into his own by proving to himself that he is a “man”.
In one sentence —- Kicks is the story on how the wording of a single hip-hop quote could consume your aspect of reality and take you to places you never been or want to be in.
https://www.facebook.com/kicksthemovie
__________