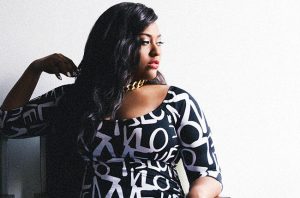 Summer Stage is an annual event in New York City that celebrates the arts.Â  The festival, which began in the summer of 1986, brings free performances to parks across the city.Â  The performances range from dance and poetry readings to recording artists.Â  This summer marked the festival’s 30th anniversary and shows no signs of slowing down.

My colleague Whitney Miles and I were fortunate enough to find time in our schedules to attend a concert last weekend that featured Jordan Bratton as the opening act, Avery Wilson (who competed on season three of The Voice) and headlined by r&b singer (and nine time grammy award nominee) Jazmine Sullivan.Â  Between sets DJ Will played records to keep the crowd entertained, spinning a number of old jams and recent hits and the crowd was loving it.

I think overall Jordan is a decent decent arist and with a little fine tuning he could be great.Â  He has energy, stage presence and isn’t afraid to move around while on stage, so I think this kid is going to be just fine.Â  With more experience and how his voice will change as he grows from a boy to man, I’m curious to see the kind of artist Jordan will become.Â  At times he sounded fine, but at other times he sounded like he was either screaming or his voice was strained, so I’d just be careful not to overdue it and make sure between shows he let’s his vocals rest.Â  I’m rooting for you Jordan.

He took to guitar and played as he dang the next 4 songs
2 – The Weekend’s Earned It
3 – Title unknown
4 – Jidenna’s Classic Man
5 – Ed Sheeran’s Thinking out loud/R. Kelly’s Ignition

His first two official singles:
6 – If I have to
7 – Change my mind

When an artist can capture a crowd’s attention with just their voice, it says something about that artist and their gift.Â  Avery Wilson has that special something and I can attest to it first hand.Â  Having never heard of him until the concert (I watch TOO much tv and in recent years I’ve been turned off by reality shows and competitions), I was focused on jotting down notes for this piece.Â  The moment Avery began to sing I took immediate notice and paid close attention.Â  I think Avery has a bright future ahead of him and as long as his record label gives him great material to work with, his name is one we should be hearing about for a long time to come.Â  In fact during his set I looked him up on facebook, instagram and twitter and am now following him.Â  I can now say I’m a fan and looking forward to his debut album.Â  Continued success Avery.

Sullivan made her return to Summer Stage 6 years after her last time performing there and was quite humbled and moved when she saw how packed the venue was.Â  This is a big year for JazmineÂ who took a break from the recording industry to deal with personal issues.Â  Having moved forward and ridding herself of negative people, she made her way back to singing, the thing that makes her who she is and allows her to shine like a star.

Though only in her twenties (she’s ) Jazmine performs with ease like someone who’s been on stages for twenty plus years.Â  She looks like she’s in her comfort zone and when she sings, the woman SANGS!Â  Not a single note or vocal out of tune, she’s definitely the real deal sounding JUST like the records on her albums.Â  My only regret is not having the opportunity to have met her at the show, asked her a few questions for this piece and even get a picture with her.Â  Until next time soul sista, you keep singing mama!

My colleague and I were given access to the press bleachers (located adjacent to the stage) which allowed us to sit down as opposed to standing with the rest of the crowd.Â  That was a nice bonus, but that was as far as the perks went.Â  Only one photography pass was given, despite us covering the event together, so we were forced to split up.Â  I wasn’t allowed access to the area close to the stage where press is allowed to take pictures (a pit off to the left of the stage) where you are only allowed to take pictures for the first 3 songs or 10 minutes or whichever comes first.

As for the venue itself, if you’re a person that’s ok with a standing then you will be ok and have no problems, just make sure you arrive as EARLY as humanly possible to secure the closest spot to the stage to have the best view of the show.Â  The same press area I was seated at had barricades lined up to close that area off.Â  Once Avery’s set had finished, the barricades were moved thus opening up the seats for general admission ticket holders to invade the area and sit down.Â  SMH.

I’ll take a permanent pass on any of their future events, even if my FAVORITE singer Carrie Underwood is performing (unless given backstage access to meet her then I’ll make an exception).Â  Did I forget to mention they confiscate drinks, even water?Â  YES they do and poor Whitney had to toss her Poland Springs out simply because the bottle was open.Â  Now I get they want to make sure no one attempts to smuggle in an alcohol, but I’m quite sure sure a simple sniff test would’ve confirmed that her water was really water.