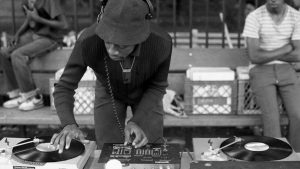 Anyone who grew up in New York City in the mid 80’s may recall a time where radio was fresh, new and exemplified what it meant to be innovative and break records. From the humble beginnings to the conglomerate that the Â radio industry is now this was the golden era of New York Radio. Thanks to Dj Hostile for getting me acquainted with this video. I hope you all enjoy it the same way I did. It featured tons of radio personalities including the one and only DJ Stretch Armstrong from the Stretch and Bobbito Show. If you were a hiphop head like me, you waited for the show to air because you knew you would hear great music as well as entertaining radio.

New York City Radio during the 1980s featured the most dynamic and influential soundtrack the city has ever heard.

Experience the world of Red Bull like you have never seen it before. Music, dance, and culture collide to form the Red Bull Music channel.